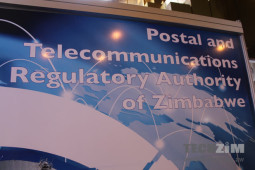 Earlier today the Media Insititute of Southern Africa (MISA) and the local telecoms regulator, POTRAZ, brought together the country’s internet service providers and mobile networks operators for a discussion on net neutrality.

The discussion, which was held in Harare, was meant to open the dialogue on current perspectives on net neutrality while exploring the reasons behind the positions that have been taken by the regulator as well as the local internet providers.

Net neutrality calls for an equal treatment of all forms of data on the internet by ensuring that there is no discriminatory pricing or promotion of one service over another.

In Zimbabwe, that principle has largely been violated by zero-rated products and different services from internet providers that offer subscriber some sort of discount on the high cost of the internet. As a result, these products and services have been embraced as standard internet offerings by subscribers.

Most of the representatives from the various service providers who shared their opinions on net neutrality justified the popular use of bundles for Over the Top services like WhatsApp and Facebook by highlighting how these products are offered as promotional tools which are given regulatory approval.

In the face of expensive internet tariffs, these bundles have become extremely popular and according to figures provided by POTRAZ, WhatsApp and Facebook bundles are the two leading drivers of broadband traffic contributing 34% and 3% respectively.

Such statistics highlight the dangers of internet silos which are being formed by subscribers’ data usage patterns which are shaped towards cheaper forms of internet something which violates net neutrality.

It also suggests that if internet providers were to offer broadband services at a much cheaper rate and do away with bundles, there would be an open access to the rest of the internet with no discrimination.

However, even in the face of pressure to lower broadband costs internet providers have held on to their pricing models which have been approved by the regulator.

POTRAZ has held on to a decision to let market forces largely determine broadband pricing, something which has been a response to its research that indicated the huge investment that providers have to make to deliver broadband services.

Net Neutrality has to be addressed by the people

Given that today’s event helped shine some light on the way net neutrality is currently being dealt with casually, it seems that the stakeholders who should be taking charge of the issue are the consumers themselves.

With the regulator not likely to step in to lower broadband costs and service providers holding on to products that jeopardize net neutrality, the only way the principle can be enforced is through government-led policy or through consumer activism.

A bet on government policy to address challenges in IT isn’t the smartest. Besides the long turnaround time and bureaucracy, our draft ICT policy which is meant to set the overall discussion on local technology hasn’t brought any specific focus on net neutrality and its challenges in shaping internet use.

There is also no specific policy that has been drafted for it, something that could change with a push from civic organizations like MISA.

This means that consumers have to bring this issue forward by taking a look at the long term implications of a variegated internet and how it could affect the way this tool is used for the national progress.