Ordinary Kenyans love sports and direct sports betting so much so that the advent of popular sites such as sportpesa has seen losers committing suicide after losing money for house loans, school fees, etc – while in many other cases, families have reportedly been torn apart by a habit taken too far.

Is this something Zimbabwe’s betting industry needs to pay closer attention to?

The background: a rosy tale of untapped opportunity

Here’s what recent Techzim coverage about gambling has revealed: the industry that was until recently only a niche market catering to idling hobby-makers has been booming, spurred by the expansion of internet access across the country.

The infrastructure for online betting is also already in place, and once forthcoming legislation allowing online gambling in Zimbabwe shapes up, the industry will ride another crest.

And then, most important revelation of all: the economics of betting, when paired with the power of the internet and the convenience of mobile money, present one of the biggest untapped business opportunities in Zimbabwe.

Getting into betting is, in other words, a big no-brainer – if you are a big telecom, a betting house, a software and technology developer, an entrepreneur with enough startup capital, and so forth. On the supply side, things are looking rosy and might get rosier.

If you are a punter though, or getting to becoming a gambler yourself, the story we haven’t yet written is about how ugly and dark the world of gambling can become.

This is that story.

There is one reason why Kenya is the place to look for lessons. The East African not only has a population three times bigger than Zimbabwe’s, and a tech landscape much more developed than ours – but Kenya has striking cultural similarities that go beyond language.

Kenyans are mad about soccer – and I’m specifically talking about English Premiership here – as much as we are here. In fact they kind of like it a little more that we do. And boy do they love sports betting. (This week we reported that most of the traffic on M-Pesa, the Kenyan mobile money site, was now coming from sports betting.)

Kenya’s bigger size compared to Zimbabwe, and the longer period that country has been gripped by a sports betting craze, means there’s been enough time for real tragedies. 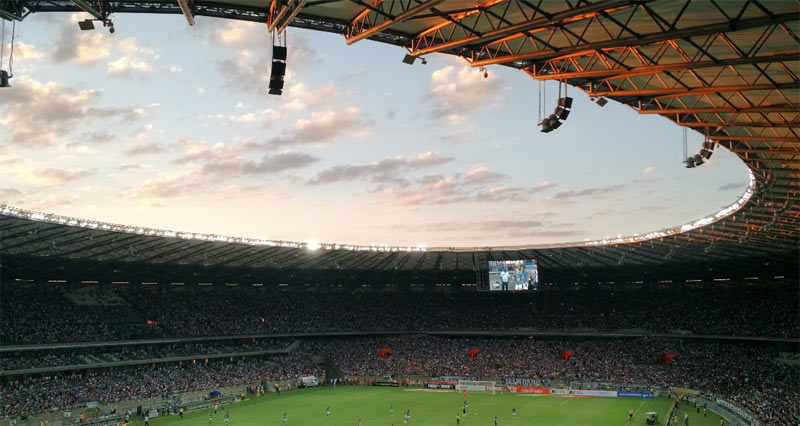 According to one report:

He was found hanging on this tree on Saturday morning.”

“The student who was identified as Edwin Mogaka was found hanging from a tree inside a small thicket near Kabianga University. Its alleged that Ediwn lost a bet during a recent Chelsea Vs Liverpool match, where Chelsea lost 3-1.”

Suicide is only the worst social consequence, but not the only one. Depression, alcoholism, homelessness after losses have also been widely reported. No surprises here.

Some local betting houses we talked insisted that they maintain support systems that include professional help from trained counselors or therapists. Basically:

“If someone is having a bad time or thinks they are in trouble, we can set them up with an expert”

This is one kind of response we received from officials we spoke to in local betting houses as part of our series on the industry. Although it is quite easy to dismiss this as corporate-speak, given that profit in the industry is proportional to the level to which punters are addicted and hooked onto the whole game.

In South Africa, where the betting is bigger and the lobby more influential, the opposition’s bid to regulate online gambling was defeated in Parliament this week.

Zimbabwe’s southern neighbor however has some already-existing regulation that offers some possible lessons on managing when betting goes awry or leads to undesirable social consequences. The National Gaming Board publishes a responsible gambling report with useful guidelines, and there are sites such as responsiblegambling.co.za and groups like “Winners Know When to Quit.”

In Zimbabwe, it is worth taking a close look not only at the expected legislation, but also the measures that will actually be put in place to ensure responsible punting, something that could easily be swept under the carpet in an industry where addiction and irresponsibility line the pockets of those who are supposed to enforce responsibility.

6 thoughts on “Lessons from East Africa: the dark and ugly side of online gambling”