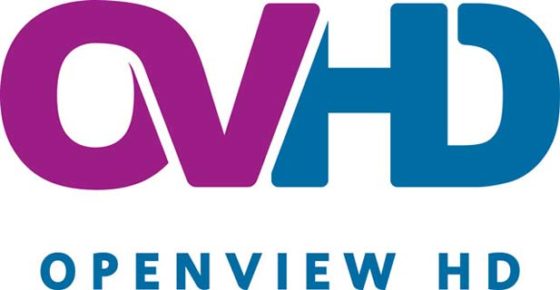 MultiChoice Zimbabwe faces a tough battle in convincing Zimbabweans who are accessing DStv South Africa to give up the service.

This much was very obvious following its recent announcement that it will be taking legal action against bogus DStv agents and Zimbabweans subscribing to the South African service.

There was a flood of comments criticizing the move and the general sentiment that’s been expressed is that any alternative which is cheaper and offers a wider variety of content will be embraced, even if it violates any broadcast laws.

It’s this reasoning that given rise to the popularity of another TV alternative in Zimbabwe, OpenView HD.

This is a service which is operated by Platco Digital, a sister company to South Africa’s e-TV and a subsidiary of e-Holdings. OpenView HD is its free to air satellite TV service that provides over 20 channels which include SABC and e-TV.

Since its launch in 2013, the service has attracted over 350,000 active users and part of that haul are locally domiciled Zimbabweans who are using the service which is meant for the South African market.

Just as is the case with DStv South Africa, the process of activating an OpenView HD decoder is fairly simple. The decoder (which works with any standard satellite connection) retails for 399 Rand (US$27.50) in South Africa and a purchase needs to be followed up with an activation using South African details.

Getting the service locally will set you back at least $45 for the decoder plus an additional $20 for installation, which will cover the setup process in South Africa.

Thanks to the easy setup option and all the benefits that it provides subscribers who are keen on signing up for an affordable yet diverse entertainment option (low-cost setup, 20+ diverse channels, no subscriptions required), OpenView HD has become a widely promoted alternative from satellite TV service providers in Zimbabwe.

Other than the standard satellite TV shops located in most urban areas, there are also some providers who have listed their OpenView HD services online through platforms like classifieds.co.zw, zimadverts.co.zw and even on Facebook.

Easy and popular, but still illegal

OpenView HD’s case is very familiar to the DStv South Africa issue. There is a huge demand for a decent service and this has created room for enterprising Zimbabweans on either side of Limpopo to provide it and make some money in the process, creating a sub-industry in entertainment services.

Despite this emergence of a well-maintained network of OpenView HD services locally, the service is still illegal. OpenView HD subscribers and agents violate the same regulations that prohibit the broadcast of content meant for South African audiences outside the primary territory.

However, it’s hard for Zimbabweans who use the service to see this as a legal violation. They are, after all, paying to access the service and are still exposed to Zimbabwean regulatory requirements for the payment of TV licences.

To top it all off, they are somewhat safe from any form of prosecution since it would be a logistical nightmare for OpenView HD to follow up on all decoder sales to ensure that they were made to South Africans.

This means that this alternative will continue to thrive as long as scores of Zimbabweans feel the need to migrate to find an alternative to local tv.

The only way this can be stopped is if a tougher application of regulations on satellite services is applied in South Africa and Zimbabwe, which would help MultiChoice as well as another affected party, ZBC.

Or better yet, local TV could just improve or MultiChoice could also lower the price of its bouquets, both of which seem difficult to imagine at this point.