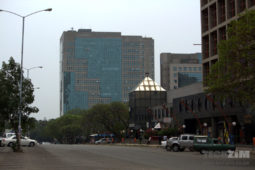 IN a recent announcement, NSSA, Zimbabwe’s social security company, revealed that it had finally gone live with the implementation of SAP for its National Pension Scheme.

The project, which was started back in 2013, experienced a two and half year delay. The implementation was being carried out by Twenty Third Century Systems, a regional SAP consulting company.

Said the NSSA chairman in the update:

The Board is pleased to advise stakeholders that modules of the new ICT SAP system relating to the National Pension Scheme went live in the quarter with the remaining module relating to the Workers Compensation Fund projected to go live on 1 May 2016. This will bring to a close the delay, which extended to some 2. 5 years, in delivery of the new system to the Authority.

According to a Zimbabwe Independent article that reported on the project’s delay last year, the US $10 million SAP project was expected to be completed 1 year after its October 2013 commencement. So unhappy with the delay was NSSA that they fired their IT head in charge of the implementation.

As for the cause of the delay, apparently there was typical project management problem of consultant blaming the company for not creating conditions necessary for the completion, while the company execs accuse the consultant of not delivering as promised.

If government plans work as planned, NSSA may be one of the last parastatal SAP implementation contracts that Twenty Third Century Systems get.

Last year government acquired an SAP consulting company, Portnet, and according to reports then, the acquisition was meant to address what the ICT Minister Supa Mandiwanzira described as security threats that the government is exposed to by getting services from non-Zimbabwean private companies (a discussion triggered by the acquisition of a majority stake of Twenty Third Century by EOH of South Africa). The irony, of course, is that SAP itself is a German company.