We don’t need Uber in Zimbabwe 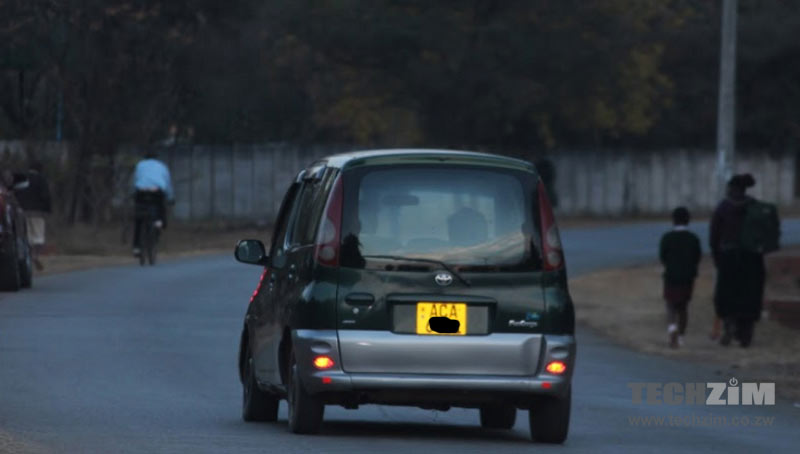 Most of us who follow technology and crazy business valuations are already familiar with Uber, the on-demand service that allows anyone to get cab transportation at the tap of a button.

The disruptive app started in the United States and but spread virally to the rest of the developed world. 60 countries and a $68 billion valuation later, the startup has revolutionized the way millions of urban dwellers travel from point A to B.

The service is already in Cape Town, Abuja, and Nairobi, close to our own borders; but so far, nothing has materialized on the Zimbabwean market – even as we have seen related concepts, like ride-sharing ventures (an example of which is the Zimbabwean SmartGo App, covered here in January.) We’ve also seen GTaxi Zimbabwe, an app which allows cab-hailing via Android – using only real taxis but without allowing regular drivers to sign up for the service to offer supply.

However the Uber model, catering purely to on-demand cab-riding needs using the internet, has simply not arrived in Zimbabwe.

There are two ways the model could be implemented in this market: one is if Uber itself opened shop. The other is if local entrepreneurs used the model to launch a homegrown service.

Why is an entry by Uber itself a bad move?

Uber depends on affluence and a ‘highly cashless’ economy

The two things needed to use Uber’s service are a credit card and a smartphone. In San Francisco or London, everyone has these things.

In contrast, smartphone and internet penetration in Africa is low. Zimbabwe, in particular, lags behind the likes of South Africa and Kenya in terms of connectivity.

Per-capita income, which gives insight into how much disposable income people have, is also lower in Zimbabwe than these peer African countries.

Uber’s Zimbabwe entry would thus be a somewhat unjustified move as the demographics look forbidding (see heading below). This, however, does not take away the fact that local players can come up with ground-up solutions to meet the needs of what is still a small and niche market of upper-middle class urban folks wanting to tap a button and get a cab. So, if one such start-up came up, what should it look like?

It would have to be Zimbabwean, not American

Uber is in Kenya, South Africa, and Nigeria. Here’s what those three countries have in common that Zimbabwe does not; a high population and relatively stable macroeconomic conditions.

A small population like Zimbabwe’s implies low volumes (and revenue) to the point where normal Uber margins become impossible. What’s left – a breadcrumb niche market with the potential to grow, suits only a homegrown startup using the same model.

It would have to be cheaper than Zimbabwean taxis

An analysis of how middle-class Zimbabweans travel bears interesting facts. Let’s use the example of a journey from Harare’s business district to a suburb like Marlborough (which is 10 km away)

It costs a small car owner $2.50 to make that trip. A cab owner charges at least $10 for the same distance. That there is a $7.50 pricing cushion where drivers in an Uber-like network can come charge less than normal taxis, but higher than kombis.

My analysis also showed that a lot of travelers use the kombis while detesting the experience simply because the next best alternatives – cabs – are way too expensive. An Uber-like service would become the perfect in-between option.

Most hard-working, middle-class Zimbabweans (entrepreneurs, college students, pensioners) own small vehicles (think “ex-Japanese” imports) Most of those cars are under-utilized, sitting in the garage and hardly doing any day-to-day work. A Zimbabwean cabbing app would depend on these small car-owners joining its network and that would take care of the supply-side of things.

It would have to work with local payments platforms like Paynow

Uber uses a cashless system. No cash payment (or tip) is given to the car. You simply tap buttons, sit back and enjoy the ride, and move on. The computer deducts payment using credit card information stored in the system, saving travelers hassles of having to carry cash. Translating that into the Zimbabwean situation, where ‘credit card penetration’ is still low, means playing ball with local payment platforms that use mobile money (like Paynow  and Pay4App.)

An opportunity too small for Uber, but big enough for locals

Uber would thus face too many strategic and viability challenges if it came to Zimbabwe, a country whose economic and demographic fundamentals are not exactly conducive on the Uber scale.

But the company’s model is welcome in Zimbabwe, and must be implemented bottom-up by local entrepreneurs who understand what they must do, taking a leaf from the few local players who have already entered the space with their own remixes of the Uber model, such as GTaxi and SmartGo App.