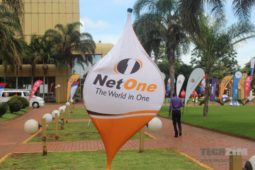 The new package has been promoted as the first example of what NetOne will be doing to position itself for growth and reclaiming its position as a market leader.

While a lot of kinks with the product have been highlighted by observers, OneFusion’s success and NetOne’s turnaround won’t be determined by a few adjustments to this product’s data allowances.

It appears that number portability is what NetOne really needs to win over subscribers.

For years, subscribers have been crying out to the telecoms regulator, POTRAZ to introduce number portability which will give every mobile subscriber the freedom to switch from one operator to another with the option to carry their current phone number.

This would ultimately increase competition between operators that are always fighting for subscriber growth and retention something which is a central aspect of mobile telecoms revenue generation.

Operators that launch new services like what NetOne’s OneFusion are then able to attract subscribers who are willing to try new packages with clear value propositions. If the package is as good as the operator claims it is, then it could be enough to maintain their loyalty.

We’ve already seen operators like Telecel adopt number portability workarounds like letting new subscribers keep the last six digits of the phone number from their previous operator. However, that hasn’t been entirely effective.

Without the option to easily move from one service provider to another, subscribers who aren’t willing to face the frustration and inconvenience that comes with a new line and a new phone number are forced to hold on to their existing lines.

Even the great packages that are released seasonally aren’t even explored by new subscribers, limiting the potential exposure of any well thought out telecoms value added services.

POTRAZ has in the past promised to enforce number portability with unmet ultimatums set as far back as 2013 (this was supposed to be enforced by 2014) but to this day, this is yet to materialise.

Operators like NetOne and Telecel which are battling to catch up with the market leader Econet can continue to launch several products and services which are as good as OneFusion or even better (it still needs to be improved), but without a true “level playing field” that comes with number portability they’ll always struggle to attract new users.