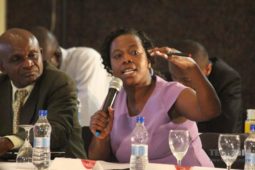 A few days ago, a report published by Zimbabwe’s Auditor General revealed that the Ministry of ICT had received a $10 million loan from the national telecoms regulator POTRAZ.

The funds were then used, together with a $30 million contribution from NSSA to acquire a 60% stake in local telecoms operator Telecel. According to the Auditor General, the loans were acquired without approval from the national Treasury.

POTRAZ has, however, denied having any knowledge of any loan agreement relating to Telecel.

Responding to questions on how the regulator’s financing of the acquisition of a telecoms operator affects POTRAZ’s mandate to create a “level playing field”, the regulator’s Acting Director General, Mrs. Cecilia Nyamutswa said,

We have no record of having funded the purchase of any operator and no agreement with anyone to such effect. We have no knowledge of how the Government uses the money that it has once the money is in Government hands.

Regarding the Auditor General’s report which shared the information on the transactions she said,

We have not seen the audit report yet as our audit has not been finalised. Our records do not have any loan agreement relating to Telecel . We only saw the newspaper reports.

Nyamutswa also pointed out that POTRAZ doesn’t do anything that is not authorized by the relevant authorities and the relevant law and that any payments made to Government depend on the authorization received from Government and governed by what POTRAZ can do in terms of the POTRAZ Act.

As the regulator of Zimbabwe’s telecoms industry, POTRAZ’s direct involvement in the ownership of an operator would create a case of conflict. Its interest in one service provider could affect the impartiality of decisions made regarding competition.