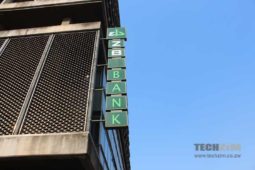 Local retail bank, ZB Bank is set to unveil a new product called the Pauri Card at a function scheduled for tomorrow.

Though ZB Bank has been tight-lipped about what the new card does, it happens to have the same name as its Pauri/Khonapho agent banking service which it officially launched last month.

This suggests that it will accompany its agent banking service, presumably by providing new account holders with a plastic money alternative that can be used for Point of Sale transactions.

Facilities like this have become vital as the country experiences another a cash crisis.

Agent banks provide a number of traditional banking services such as deposits and withdrawals, preliminary account registration, balance enquiries and even transfers.

The model relies on limited hardware for these services which is supported by a connection to the bank’s network.

Locally it was first introduced by Steward Bank, a subsidiary of Econet Wireless Zimbabwe, which took advantage of the existing mobile money agent network to extend its services.

ZB Bank started its own agent network in 2015 and has so far grown this to a total of 6,000 agents with plans to grow this to 10,000 agents by the end of 2016. A bank card that is distributed and supported through all these agents would further improve access to deposits.