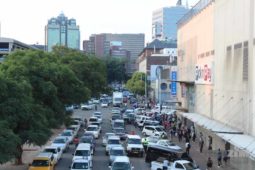 Most people will agree that the world is undergoing massive transformation and this rapid succession of changes require preparation with planning and strategic focus that looks beyond the medium to short term.

Which is what a Ministry of the Future for Zimbabwe is supposed to do.

What is the Ministry of the Future?

It is an emerging idea that is responding to a reality that today’s societies are entering uncharted territory from technology to climate change.

It calls for the introduction of an arm of the government, much like any other ministry, that has a focus on long-term policies and decisions that affect the development of the country in response to anticipated changes in the environment.

It oversees scientific research and development, science and technology policy, as well as research specific to the changes in national production and consumption and resource

Its work cuts across the fields of ICT, Engineering, natural sciences, health and economics and integrates their strengths to create a forward outlook for national progression.

There’s a need for that in Zimbabwe

Ministry of the Future is a new concept I agree, it can be astounding that I also agree. The most urgent consideration is that what is driving it is something that no society is exempt from it. This makes the concept more important than the name itself.

It’s an idea that left me thinking what if someone in our government back then thought about it and did something about it as early as the 80s and 90s a time when we were arguably at our peak?

Bata Shoe Company in Gweru could probably have been 3D printing shoes by now just like other forward-looking globally competitive businesses.

Looking around evidence is awash of  limited dedication to a futuristic mindset, from the noble idea of building thousands of schools in the 80s and more recently Universities to finding ourselves with nowhere to put hundreds of thousands of those graduates.

What about the issuing of mobile telecoms licenses in the late 90s to finding ourselves later thinking about and trying to beat out the fires of infrastructure sharing?

On the current trajectory we are on course to becoming permanent firefighters and losers in a dynamic and rapid global environment.

Ministry of the Future is staffed by people hired to sleep, eat, talk and breathe the future who are the nation’s primary eyes and ears.

Their holy grail should be, by law, transmitting their future calculations, in our case, across our 27 odd government ministries for inclusion in policy formulation and policy implementation.

My thinking of such a ministry goes as far as giving it ultimate legal standing by triggering its existence via the national Constitution because of its fundamental importance to our survival and coherence as a nation in a complexly dependent global community.

Admittedly, a Ministry of the Future will get a lot of things about the future wrong, but you can trust me that it will be much closer to reality than any 20th Century inspired, organised and therefore backward peddling bureaucracy left to itself.

Wittingly or unwittingly our traditional government fabric, for the most part, creates more problems than it is able to generate opportunities for the future. I have given convincing examples already.

The idea behind a Ministry of the Future is, therefore, a willful attempt by any concerned government to admit it’s made for the past and accept its apparent limitations and begin disentangling itself from the oddity of a traditional government trying to find its way in a rapidly and uncompromisingly changing 21st Century.

Ministry of the future, at least of the current model being debated, is inclusive by design running on a horizontal or sideways approach. Sideways instead of top down must necessarily entail citizen inclusiveness and openness.

In 2013 Korea launched a dedicated ministry of the future by another name of Ministry of Science, ICT and Future Planning (MSIP).

Among other things Korea’s MSIP says it is focusing on “establishing an ecosystem for the creative economy through the convergence of science, technology and ICT while ensuring that software emerges as a national priority”.

Korea is not alone, Sweden and Australia have been at it and there are calls in the United States and India for something similar. The chorus gets louder because the need is inescapable and is careless about one’s status – whether for a developed or developing country.

At the Davos World Economic Forum 2016, Marc Benioff chairman and CEO at Salesforce (USA) certified the debate saying “every country needs a Minister of the Future”.

Just last month the Chinese president Xi Jinping addressed a major national conference in Beijing on science and innovation, at which the goal was agreed to make China the leading innovator in science and technology by the nation’s 100th anniversary in 2049. Judging by what they have achieved so far, this cannot be mistaken for lip service.

Ministry of the Future which is open and inclusive and preferably empowered by the Constitution will hopefully begin to erode our expensive lack of a national culture of decisive public discourse about the future even when that future excludes us as individuals.

At family level, people do talk about the future they want for their children, but I think this is an exercise in utopia when those same children are contained in a society that lacks a corresponding focused and broad conversation about its preferred collective future.

10 thoughts on “Zimbabwe needs its own Ministry of the Future, here’s why.”