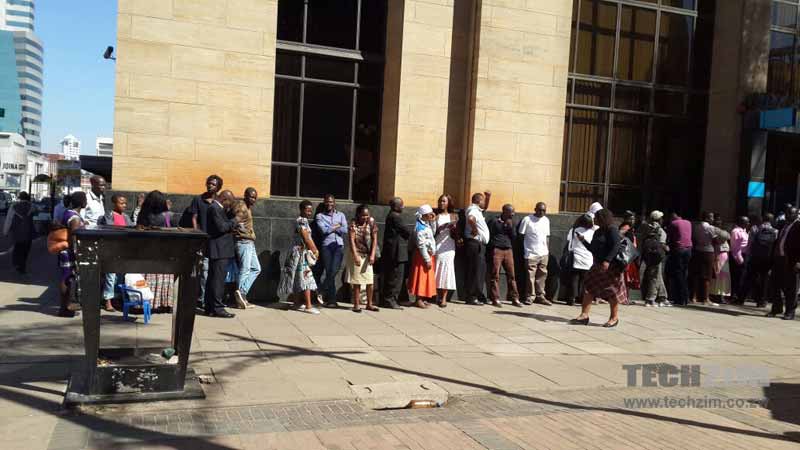 According to the Herald, while addressing the Senate Patrick Chinamasa the Minister of Finance mentioned how plastic money use in Zimbabwe had surged by 400% in the past four to five weeks.

The leap is hardly surprising, though. In this period, Zimbabwe has been dealing with a cash crisis characterised by limited access to deposits and their resultant bank queues. This has led people to use all various cash alternatives especially plastic money alternatives.

The latest figures from the Reserve Bank’s weekly Economic Review show a 45% increase in Point of Sale transaction volumes between the 27th of May and the 3rd of June.

In the same week, RTGS transaction volumes also shot up by 51%, and ATM activity rose by 38% and cheque activity went up by 17%. Interestingly mobile money activity was down 8% during the period.

A swell of these numbers is a boon for local financial institutions that have business models centred on transactional charge revenue.

During the period when the use of alternatives for cash increased RTGS were pegged at $10 per transaction and POS transactions cost as much as $2.50.

As the cash crisis has continued to escalate there have been calls for banks to review these charges which have been criticised for being exorbitant.  The bankers have also publicly agreed that their charges have been punitive.

The situation was addressed earlier this week with the announcement of a new set of bank charges which are supposed to complement efforts by the government and the Reserve Bank to encourage people to use cash alternatives like electronic payments as a way of reducing the need for cash withdrawals.