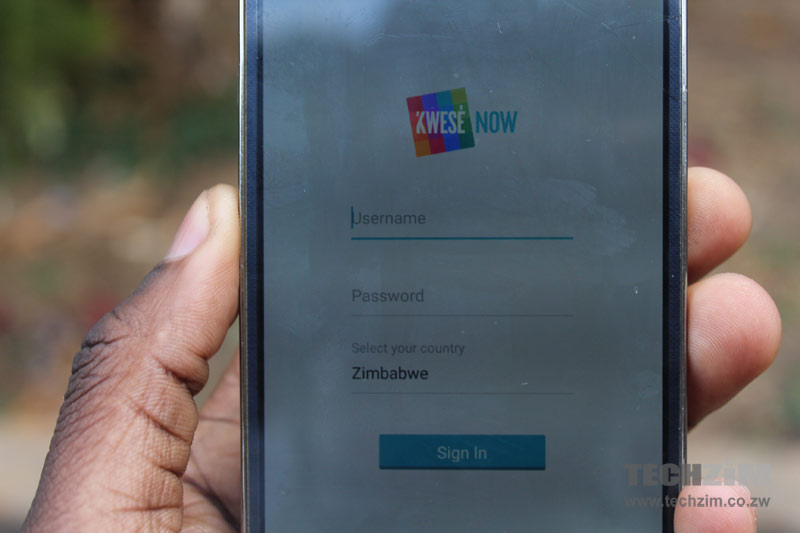 Econet recently unveiled some changes to its 7X Promotion and broadband services but one other adjustment to its lineup was the introduction of Kwesé bundles.

Available under the *143# menu, the Kwesé bundles come at no charge (price is set at $0) and though subscribers can complete a transaction to buy them they aren’t of any use at the moment.  Kwesé is yet to launch.

Kwesé TV is the name of the pay TV service that Econet Media, a subsidiary of the Econet Wireless Group has been working on as its leading platform for multimedia content delivery across Africa.

It was first announced in December last year along with the launch of Kwesé Sports, a sports content website that provides news and has occasionally offered zero rated access to some sporting events to Econet Wireless Zimbabwe subscribers.

Though Econet Media declined to comment on any developments related to Kwesé TV, the option for $0 daily, weekly and monthly Kwesé bundles suggests that the internet used to access the service will be zero rated for Econet subscribers.

The move would be hardly surprising. The African pay TV industry is becoming increasingly competitive as subscribers are continuously introduced to a growing number of options for both direct to TV and internet based entertainment.

As an IPTV alternative with cross-continent ambitions, Kwesé is running the same race as every other subscription option, but its  direct competitors are actually two services – VOD household name Netflix and Naspers’ Showmax.

Both possess sufficient resources required to secure competitive content that can appeal to an audience that has already been exposed to world-class entertainment.

They also have enough muscle to create the right amount of brand recognition which is needed to penetrate the virgin market that online TV is in Africa right now.

As such, Econet zero-rating the internet which delivers the content to its subscribers is Econet’s way of securing a lead in the one area where it has a clear competitive advantage – connectivity.

Subscribers who want TV on their phones will definitely appreciate free internet access, something that will reduce the cost to just the subscription for the content itself.

In a market like Zimbabwe where internet use is dominated by subsidised OTT services like WhatsApp and Facebook bundles a data discount to use any internet-based service is a subscriber’s dream.

Will this be enough to lock the internet TV market?

Despite all these facts, it’s hard to say whether subscribers in the African market, with its high broadband costs, will flock to a VOD service just because of zero-rated internet.

In fact, there’s evidence to suggest that it’s not always that simple and that Econet and Kwesé TV are just as exposed to the challenges of customer acquisition and retention as other service providers.

One cautionary tale is from African telecoms giant, MTN. It launched its MTN Frontrow service with content from Hollywood’s 6 big studios and it also played the zero-rated card.

The outcome wasn’t as obvious as we all expected (I also thought it would work and inspire other VOD services) and by December 2015 MTN had relaunched the service complete with slashed prices, a new name (it’s now called Vu) and look.

It seems that ahead of broadband considerations (which, by the way, still have to be figured out in a smart way) content dynamics appear to be the main determinant for success. Which is probably why service providers concentrate a lot on that front.

Kwesé TV has also been following the same steadfast rules for VOD relevance – securing deals in everything from sports to feel-good shows and movies as well as never-been-seen-in-Africa material like Viceland TV.

Zero-rated internet will definitely get Kwesé TV noticed. It’s likely that’s the plan here and it’s also why those bundles are still “priced”.

After the TV service has gathered some traction subscribers will probably be forced to fork out something to cover network costs. It can only be free for so long for a network that is still expanding its broadband presence and establishing new revenue centres.

However, for relevance in the VOD market, it’s likely that Econet Media and Kwesé TV will have to cover all the other bases as well.