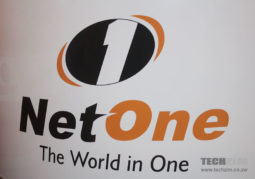 NetOne, Zimbabwe second largest mobile operator is entering the third phase of its network expansion which will see the state-owned network invest $485 million in an expansion project targeted at national coverage.

According to a report in the Chronicle, this information was shared by Brian Mutandiro, the acting CEO of NetOne, on the sidelines of its recent OneFusion launch in Bulawayo.

This expansion project follows a two-phase network upgrade exercise which was enabled by a $263 million loan facility from the Chinese government.

Loan facilities from Zimbabwe-Sino relationships have activated a number of projects in both public and private sector telecoms, increasing operators’ service capacities.

If NetOne manages to secure the required $485 million (clearance usually takes a while) it will have spent over $800 million on its network, creating the potential to serve a wide segment of the Zimbabwean population.

So far NetOne has experienced the fastest growth in subscriber numbers and according to the regulator it had 4,1 million active subscribers in December 2015, behind Econet’s 6,7 million active users.

It has however struggled to produce outstanding results, registering a $3 million loss in 2015 and a $2,1 million loss in the first quarter of 2016. It has also been plagued by allegations of corruption at senior management level.