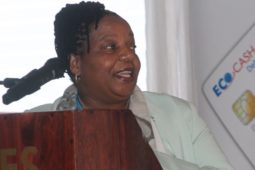 Zimbabwe’s telecoms regulator, POTRAZ has finally said that it is going to unveil a framework that will be used to guard against the misrepresentation and exclusion of third party value added services(VAS) providers including startups, from mobile network operators in Zimbabwe.

This was shared by Mrs Hilda Mutseyikwa a director at POTRAZ while responding to questions on their role in interoperability at the ongoing Mobile Money and Digital Payments Conference Zimbabwe being held in Harare.

Mutesyikwa highlighted how POTRAZ had received a number of complaints from third party providers about their ideas being stolen by MNOs as well as grievances to do with being blocked from introducing their services on the same mobile networks.

Though no specific date has been set for the introduction of the VAS framwork, the consultative paper that will precede it is set to be shared in the next few months.

Over the past several years technology startups and VAS developers have had issue with the way mobile operators are reluctant to adopt services on their networks which they themseleves are interested in rolling out.

In the absence of an independent VAS aggregator the mobile operators have wielded a lot of influence on what is approved for mobile service use.

Though this is still just talk, a framework that deals with such conflicts will go a long in encouraging startup particpation in mobile solution development which would be a boost for the ecosystem.