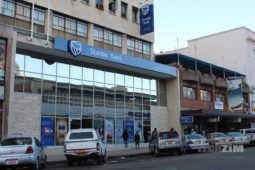 Standard Bank Africa has launched a new banking app in six countries and will be introducing the same tool to four other countries including to its local subsidiary Stanbic Zimbabwe, before the end of 2016.

This information was shared by Peter Schebusch, Standard bank’s chief executive for personal and business banking, in an interview with Forbes.

The version of the app that is already available provides a string of standard retail banking services that have been extended to mobile access such as accessing account information and money transfers as well as the option to monitor investments with the bank and access related financial services like insurance and stock exchange investments.

Stanbic Zimbabwe’s introduction of a similar app will bring it into the same fold of mobile banking apps that have been rolled out by the country’s retail banks including the CBZ Mobile banking app which has a similar multi-service value proposition.

Due to the cash crisis in  Zimbabwe local banks have been prompted to introduce cash alternative such as mobile banking and online banking to facilitate electronic transactions.