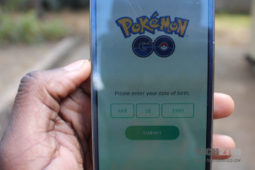 We’ve all seen the extensive coverage and read the somewhat unbelievable stories on Pokémon Go, the new mobile game which was released for Android and iOS devices less than a week ago.

Developed by a spinoff Google startup Niantic, the new augmented reality (AR) game has managed to make Pokémon the most prominent franchise in mobile right now, with numbers that show how the right mix of technology and fandom can create massive user uptake.

What is Pokémon Go?

In case you are wondering or haven’t been bothered to care just yet, Pokémon Go is a free to play GPS enabled mobile game. Players have to find, capture, and train virtual Pokémon which are found, not in the game, but in the real world – hence the augmented reality (AR) aspect.

Players have to literally walk or run to the places where the Pokémon are and through an AR interface, they can use their phones as the lens to find the Pokémon. There’s also an option to use a wearable called a Pokémon Go Pus which gives off a vibrating alert when there’s Pokémon activity in the area.

The game isn’t officially available in every market but for fear of missing out  you can download the apk (follow this link here) and get a sense of what the fuss is all about. Just make sure you have enough data.

Since it’s launch Pokémon Go has topped the download charts for both iOS and Android (it has over 2 million downloads on iOS), dominating in the markets where it has been officially introduced (USA, Australia, New Zealand).

It has also reportedly surpassed daily active user percentage numbers for apps like Tinder and generated over $1,6 million in in-app purchases (that’s its primary revenue stream).has boosted the share price of Nintendo, the gaming giant that is a partner in the

It’s biggest number yet –  Pokémon Go boosted the share price of Nintendo, the gaming giant that is a partner in the Pokémon Company which owns the Pokémon franchise, by $9 billion. To put that into perspective that’s well over half of Zimbabwe’s $13,8 billion GDP.

Not just a fad but the mark of a new era

Like every other new app/tech sensation, it’s quite possible that this could be another fad. The millions of users it’s gathering could just give up on it after a while. Something on mobile no matter how captivating has a lot to fight just to get attention.

However, the massive adoption of AR and users’ response is the most notable thing here.

An introduction of a new content delivery paradigm that requires just a mobile device which everyone will have in the digital era could be a gateway to other ideas for gaming, entertainment and problem solving.

All eyes are already on products like Microsoft’s HoloLens which integrates VR and AR on a Windows platform that could be used for productivity and learning environments.

The massive interest shown in AR by Pokémon Go will likely justify greater investment that could have an impact on a faster rollout to a global market.