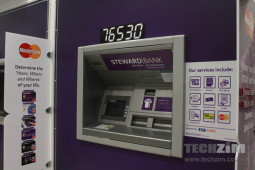 At the recent Mobile Money & Digital Payments Conference held in Harare, one of the issues raised by the bankers was the prohibitive costs of e-payments infrastructure like POS terminals and Automated Teller Machines (ATMs).

During a panel discussion sat in on by Lance Mambondiyani (Steward Bank CEO), Admore Kandlela (CEO of POSB) and Tawanda Matembo (Divisional Director, CBZ), Matembo spelled out some of the costs of payments infrastructure.

To buy ATM banks have to pay at least $31,000 while POS terminals cost about $500. These figures are excluding the duties that banks still have to meet as part of ZIMRA’s import regulations on this equipment. Matembo appealed to the regulator to assist the banks with this issue.

The central bank has to play a bigger role

For the greater part of 2016 a cash crisis in Zimbabwe has affected service providers in the financial service space and the regulator, the Reserve Bank, has been an evangelist of e-payments as one of the stop-gap measures and ways of creating a cashless society.

It engaged payments services providers in the hammering out a new set of tariffs for financial services and has extended this corrective hand to mobile money tariffs.

While all of this has been taking place the conditions in the market such as slowdowns in cash led trades have also boosted the use of these alternatives.

However, a market-led adoption and tariff tweaks can only work to a certain extent. The banking sector still needs its regulator to take a more engaged stance in the encouragement of electronic payments by dealing with the infrastructure issue.

This can be done through the engagement of ZIMRA for a duties and taxes moratorium on all e-payments hardware. Another alternative would be subsidies on such equipment until extensive coverage is achieved in all areas where any form of commerce is registered.

At the same time, such solutions aren’t easy to effect. The government clearly won’t be too quick to adopt anything that lowers its revenue collection prospects and subsidies point to expenditures that also stink of currency leakages.

These are all painful solutions but if the dream of a cashless society powered by e-payments at every turn is to become a reality, the government will have to listen to the bankers concerns and play a bigger role.