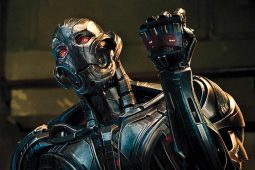 Are we ready for Ultron type intelligence? Not quite  – Image credit – ew.com

This is part of our special series on Artificial Intelligence (AI). If you are catching it for the first time I’d recommend that you start here for some instrumental background and here where I start building the bigger idea behind AI.

In my high school years, I remember a brilliant classmate, Matthew (not quite his real name), who got the necessary points at Advanced Level to study law at a local university. I was proud to see him not long ago appearing in newspapers as a commanding Intellectual Property (IP) lawyer.

I have little doubt, thousands of kids at much lower levels of our education system, not only have similar dreams but are actively being challenged right now to study hard and become just like Matthew. Many of these kids will only be ready to shine like him some 15 to 20 years from now.

The reality that awaits is that nearly all of them may never be able to become like my schoolmate Matthew, at least in Matthew’s current form. The reason is found in systems like Ross. Ross was recently hired by law firm Baker & Hostetler to join their bankruptcy department, a job reportedly being done by 50 lawyers.

Ross is not an ordinary machine. Under the hood is IBM’s cognitive computer by the name Watson. Ross, an artificial intelligence system (AI), does more efficiently and effectively, what consumes a huge chunk of any lawyer’s time – legal research.

According to ROSS Intelligence, the company behind Ross,

You ask your questions in plain English, as you would a colleague, and ROSS then reads through the entire body of law and returns a cited answer and topical readings from legislation, case law and secondary sources to get you up-to-speed quickly.

The quest for general purpose intelligence

Clearly, Ross is still in the early years, the reason why Matthew can still shine. The competitive goal at the moment is to achieve broader general purpose intelligence in computers, also known as AGI or artificial general intelligence.

AGI seeks to achieve a human intelligence equivalence in Ross, Siri or your Google search experience.

Achievement of this goal in AI is currently expected around the year 2030, the reason why I say tons of childhood lawyer dreams are already on the line. The sad part is that the kids themselves and their instructors are yet to wake up to this reality.

Key to these dreams being shattered, the reason Matthew and many others like him appear secure for now, is the evolving ability for computers to deep learn and acquire human equivalent intelligence.

I explained, with examples, in my previous article how deep learning works in producing intelligent machines through what is essentially reinforcement learning.

The possibility of computers gaining general intelligence has so far been decisively demonstrated by Googe’s Deepmind. The Deepmind team has this to say about their work around AGI

The algorithms we build are capable of learning for themselves directly from raw experience or data and are general in that they can perform well across a wide variety of tasks straight out of the box.

Deepmind is creating machines that can learn and play several different computer games, “out of the box”, without having previous knowledge, edging very close to the idea of general-purpose intelligence.

The quest is to have the same gaming computer equally, effectively learn how to drive a car, cook Sadza, or become a lawyer like Matthew. This is what general purpose machine intelligence is in essence.

While all the necessary parts such as giving computers vision and other cognitive functions like reason and emotions appear to be making progress as shown in Ross, a major hurdle still awaits on the road to general machine intelligence. This is the critical computing power.

The human brain remains the most complex construction in the entire universe with unparalleled computing power. It is “hardware” that computers must match before they can achieve complete AGI.

However, in order for human-brain-like computer hardware to exist humans must first understand how much computing power the human brain itself possesses. AI scientists have thought on this in terms of cps or calculations per second.

Using complex proportionality methods based on already measured and known cps of certain sections of the human brain, futurist Raymond Kurzweil, arrived at 10¹⁶ (10 to the sixteenth power), or 10 quadrillion as total human brain cps.

This is to say your head can do 10 quadrillion calculations per second. Whatever tech will do to match this kind of human brain computational power on the road to AGI, it must match the convenience of a human brain both in size and resources which you and I have between the ears.

Supercomputers too big, too pricey for practical AGI purposes

Today’s supercomputers like the one we have at the University of Zimbabwe are simply too big to fit into a lawyer robot’s head,for example, and cost too much to imagine them in mass production.

The world fastest’s supercomputer until June 2016 was the Chinese Tianhe-2 supercomputer. Since then it’s been replaced by the Linux-based Chinese Sunway TaihuLight running exclusively on Chinese processors.

The Tianhe-2 supercomputer  reportedly has 34 quadrillion cps and uses 24 megawatts of power compared to the human brain’s 20 watts. It also costs a lot of money to make at nearly US$400 million apiece.

These are serious practical challenges that stand on the way to AGI. Though contested, Moore’s Law which states that “processor speeds or overall processing power for computers will double every two years”, has been the basis of many predictions of better and suitable machines sooner rather than later.

AI experts believe that by 2025, 9 years from this year, the world will have just as powerful but smaller affordable computers within reach of the ordinary person at under US$1,000

If this happens, combined with other ongoing AI research, AGI would have become within an inch of grasp. It would be possible to completely replace Matthew with intelligent machines. Currently, both hardware and software AI-related research is concurrently taking place.

Total human replacement starting with mundane tasks such as legal research and concierge services at hotels is set to become a reality primary school kids of today will have to deal with in their time.

In my next article, I will finally reach the tail-end of this AI timeline which some have called our last invention and for good reason.