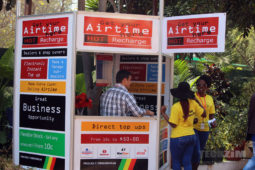 The past few weeks have made for interesting viewing, reading, following, watching and sharing for those who have been following the telecoms industry in Zimbabwe. There have been many policy announcements and directives from the regulatory authorities in the face of increasing ‘misuse’ of social and digital platforms. Just recently all three mobile network operators announced the nearly synchronised suspension of their various promotions following an ominous ‘regulatory’ directive.

To put things into focus and perspective the regulatory authority for the telecoms sector, POTRAZ, is mandated by law to regulate tariffs and promotions amongst a raft of other powers. This week POTRAZ elected to use these sweeping powers to suspend the various popular promotions the various mobile operators have had on offer.

While there has been no official statement behind this decision at the time of writing this article, in this speculative piece, I wish to offer two possible reasons for the suspension and the discontinuation of promotions by the government.

The first and perhaps most pertinent pointed reason is that the virtual price war the operators have been engaged in has caused revenues to dwindle which in turn has affected the taxes and levies the government can collect from an otherwise huge tax contributor. Remember there is a special tax on airtime, a Universal Services Fund levy and general tax which are all applicable to one of Zimbabwe’s few thriving industries. All of this, by the way, is happening at a time the government is looking for cash desperately.

One might argue that my argument is self-contradictory because promotions are supposed to cause revenue increases however these mobile network promotions are a different creature altogether from your usual sales promotions. The primary objective of the current regime of promotions in the telecommunications sector is aimed at consumer acquisition and they are meant to directly destabilize the competition so they are aggressive and give away value in the pursuit of price leadership and hopefully amassing of a price responsive subscriber base which can be profited from at a later date. So, put simply the mobile networks are willing to temporarily say goodbye to revenues in the hopes of creating a huge on-net community which will allow them to make more in the near future. Econet’s recent X7 promotion, NetOne’s Dollar-a-Day and Telecel’s Mega promotions make for good ready examples.

These bonus offerings are well and good until they start to affect revenues and the government using its legal mandate has decided to rein in the excitable operators who have little appreciation of the state’s precarious financial position.

This is basically my take on the regulatory directive to suspend promotions. The other angle is the silencing of increasingly dissenting citizen voices on social and digital platforms.

Hiking the price of free speech

Recently there has been a huge effort by government to ask people not to ‘misuse’ social media (whatever that means), Potraz, ministers and very recently the army have all asked civilians not to use social media to excite the masses at a very volatile period in Zimbabwe’s recent political history. These calls however loud have fallen on deaf ears with the preponderance of various online campaigns and protests seeming to grow even more from pastor Evan’s #ThisFlag to Promise’s #Tajamuka to #This Gown and MDC’s #BeatThePot initiative.

The government seems to have found a way, it’s ingenious really, they have decided to silence people by pricing them out of a digital voice. This technique seems farfetched at first glance, but on closer inspection imagine that almost all networks have a data-based promotion or bundle of some shape or form and the government suspension of promotions means apping, texting, sharing and surfing all become expensive. The bulk of internet and social media users in Zimbabwe do so over a mobile network which is regulated by the government so you can now connect the dots.  This means many of the people who have been downloading the notorious videos and sharing links, videos and voice recordings will have to think twice because it has become unaffordable.

The cornerstone of a digital democracy as alluded to in my piece on net neutrality is cheap ready access to the internet, digital social media platforms. The government is literally, deliberately or accidentally, suffocating the digital revolution by cutting off the life blood of the revolution which is affordable digital and social media access to give citizen an alternative voice.

Whichever way you look at the continued interference in the telecommunications sector in my view can be linked to an extent to the social media uproar and the desperate need for cash by the treasury.

8 thoughts on “Hiking the price of free speech. The real reasons behind government’s suspension of telecoms promos”