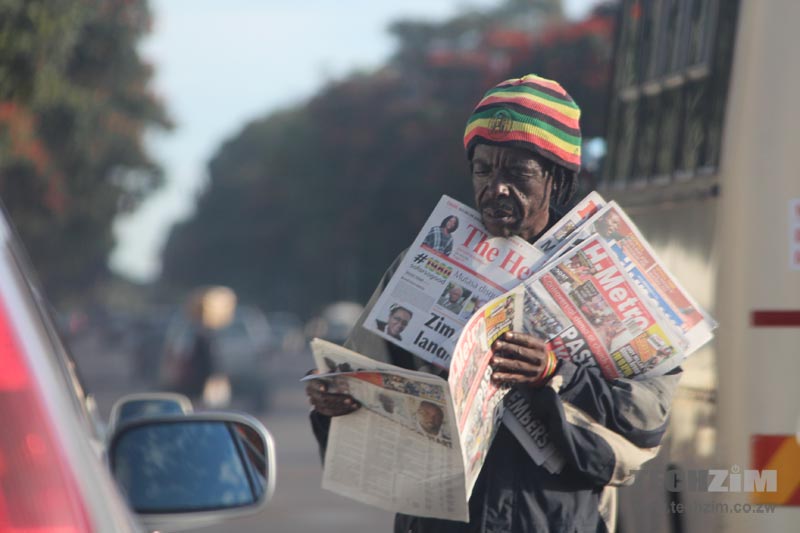 Being a successful musical artist in Zimbabwe isn’t just about making wonderful content and securing shows. With weak formal distribution networks, part of the grind is also figuring out how to sell your content and promote your brand.

Zimbabwean music artist and superstar Jah Prayzah appears, to a large extent, to have figured out how to do all this.

In addition to making great music and deliberately using the internet to promote his brand, he also adopted a new kind of distribution model that could be one of the solutions to piracy in Zimbabwe.

On the day of the album’s release, CD copies were made available to every Zimpapers vendor who received a consignment of the CDs along with their daily allocation of newspapers. The album was also distributed through Coloursel, a local furniture store chain.

The vendor approach is the same strategy that Dynamos was going for with its monthly DVD release which was placed in the hands of airtime vendors, though it wasn’t able to draw any benefits that come with the buzz around a new album.

Cashing in on convenience & time

By doing this not only was Jah Prayzah able to tap into a nationwide distribution channel for his new album and do it just after its launch, he also accessed the convenience provided by the thousands of agents that sell newspapers on street corners and traffic stops around Zimbabwe.

This made his record easily accessible while it was still fresh, ultimately eliminating some of the key challenges in music access faced locally by artists and the consumers themselves.

With the internet democratising the distribution and access of content, every artist or producer trying to make the most from record sales now has to ensure that their work is easy to get before “other distributors” provide it more conveniently.

It’s the problem that stores like iTunes managed to solve – providing digital access and all its ease to consumers of content who were willing to pay for a record.

However, in Zimbabwe, these no brainer music distribution channels are overwhelmed by realities such as an expensive internet that isn’t ubiquitous as well as the slow adoption of online payment options that are necessary to complete purchases.

By selling his album for $1 at accessible selling points Jah Prayzah has managed to overcome these challenges, turning each vendor and street corner into an on-demand centre for his record, something that other street DVD vendors also provide albeit with pirated content.

This model also shines through on the aspect of timely delivery.  Pushing a new album ahead of the inevitable flood of pirated CDs  only works if you can get that same album to as many key delivery points as possible in a short space of time.

Zimpapers’ vendor network provided that advantage with the same day delivery that it provides for its own primary product- newspapers- which are just as timely.

Can this be replicated?

The sales numbers for Mdhara Vachauya  aren’t out yet. According to Jah Prayzah’s manager Keen Mushapaidze, the figures are set to be reconciled in the coming week and they should provide an accurate and precise reflection of how well this model has worked.

For now, though, the evidence is only anecdotal. A few of the vendors in Harare we spoke to expressed satisfaction with the arrangement citing sales within their immediate circles that ranged from anything between 50 to 100 CDs sold per vendor.

Apparently, the success of the album’s first hit as well as the strength of the Jah Prayzah brand have also helped push the product.

Looking beyond the success that Jah Prayzah’s album is enjoying, it’s easy to see why there might be other artists willing to enter into a similar arrangement with Zimpapers.

The basic elements of this model, compared to how other artists have been pushing their own records (traditional CD stores and record bar deals, selling the CDs themselves, Facebook Page promos etc) are enough reason for them to go for it.

Instead of using record stores and retail outlets that are not frequented, or assuming the headaches of distribution themselves, the artists place the record in the hands of the visible vendor who is willing to sell something that provides an opportunity to earn a commission.

Zimpapers also gets something out of the “lease” of its network.

At the same time, other distribution networks might be considered for the large scale,  quick deployment of a time sensitive product like a music album or movie DVD.

Perhaps national distributors like bakeries that also deliver their products on a day to day basis to various outlets could be potential partners, or airtime vendors could also become the new channel for music and movie distribution in Zimbabwe.

There are a lot of ways this model can be adapted and modified. For now, though, it’s the best way any artist has pushed against CD piracy to make something out of a record.