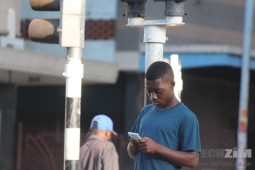 The furore around the government’s plans to regulate social media peaked a few days ago following an article that outlined just how far reaching Zimbabwe’s draft Computer Crime and Cyber Crime Bill would be in dealing with violations related to social media.

In its current form, the draft bill has provisions that outline how the police is empowered to seize all forms of gadgets used in carrying out, digitally, anything deemed as a criminal activity.

The bill also extends to Zimbabweans outside the country and enacts the Extradition Act to ensure that offenders are brought to justice back home and also empowers the authorities to extend penalties that include up to 5 years in prison for cybercrime.

There have been a lot of concerns raised about the extremities of the bill, its practicality (can the government reasonably assume that it can enforce all these clauses)  and also what constitutes as fair legislation that doesn’t impede on citizens’ rights.

The Minister of ICT has also been flooded with questions about these aspects on social media.

The important thing to note though is that this bill is still a draft and not yet law. The Ministry of ICT which is supposed to present this bill to the Parliament of Zimbabwe is still gathering contributions from all stakeholders before it is presented to the legislature.

This means that citizens shouldn’t be worried about their phones being seized for cybercrimes or being prosecuted for a tweet. No one is being extradited from Australia for their WhatsApp messages either.

It also means that citizens still have an opportunity to make contributions that can strike down some of the suggested provisions or add new and relevant aspects of cybercrime.

If you want to help in the shaping of this piece of legislation you can do this through your legislator, by approaching the Ministry of ICT itself, or by contacting organisations like Veritas, MISA and the Digital Society of Zimbabwe that have in the past, gathered contributions related to cybercrime legislation.

One thought on “Please note, Zimbabwe’s Cybercrime bill is not yet law and you can still contribute to it”