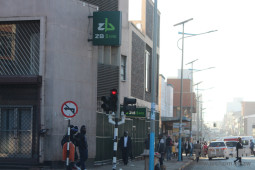 We recently wrote about ZB Bank’s agent banking network and how the local retail financial institution had adopted this model as part of its plans to expand its footprint while managing costs in a turbulent environment.

We also questioned the figure of 9,000 agent bankers that ZB Bank had shared at its analyst briefing. ZB Bank has since clarified this figure and explained the types of agents that make up this network.

Besides setting the record straight these numbers also highlight one important factor. The distribution of a key utility, in this case, ZESA’s prepaid electricity,  has been a major contributor to the growth of ZB Banks’ agent network.

More than 7,500 of ZB Bank’s agents were essentially distributors of prepaid electricity and the bank has tied its other services to this distribution network, something we had assumed to be the case when we said

The most prolific ZB agents are the ones engaged in the sale of prepaid ZESA vouchers and while ZB Bank could have extended its agent banking network by co-opting these ZESA agents into its banking network, not all of them have made that transition.

The opportunity to sell ZESA has been easy to communicate to all these agents and the banking services themselves become the add-ons.

This is the same dynamic that will likely be played on by mobile money service Getcash, the reincarnation of Nettcash that also has prepaid ZESA payments and is trying to expand its services with an integrated network independent mobile wallet.

With agents being an important part of the equation in financial services and mobile Value added Services, one strategy to consider would be the distribution of a key utility. ZESA is the obvious one right now but once prepaid water becomes ubiquitous that might be what powers agent growth in the future.

One thought on “ZB Bank says it now has 9,765 agents, highlights role of prepaid ZESA distribution in growth of network”