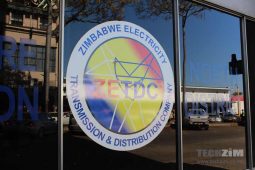 ZETDC, a subsidiary of the Zimbabwe’s power utility concern ZESA, has announced that starting from the 1st of September 2016 it will be increasing the debt recovery rate from 40% to 50% on all domestic accounts in arrears that are using prepaid electricity meters .

When ZESA introduced the prepaid electricity model all accounts that owed the power utility company carried over their debts from the post paid era and ZESA assumed a recovery rate of 40% which has now been adjusted as the company increases its efforts to boost revenues.

ZETDC has also advised business customers on both prepaid and post-paid platforms to clear debts by the 1st of March 2017 threatening legal action against defaulters.

ZESA has been meeting the national demand for power through the management of energy produced at local power stations as well as through imports from neighbouring countries like South Africa.

According to ZESA, the tariff increase was meant to ensure that it could continue providing power which it sells locally at subsidised prices.

The raised recovery rates and the clampdown on defaulters is also supposed to help the power company’s current efforts. If it fails to do so, it will have to resort to load-shedding – a practice which plagued the country and peaked towards the end of last year.