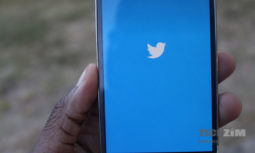 Jealousy Mawarire, the spokesperson for Zimbabwe People First (ZPF), an opposition political party, has been charged with contravening section 88(b) of the Postal And Telecommunications Act for a tweet he made in response to the Minister of Higher Education Jonathan Moyo‘s attacks on ZPF leader Joice Mujuru.

Mawarire was reportedly summoned by the Zimbabwe Republic Police’s Law and Order department and according to his tweets, he handed himself today in in the morning.

Am now going to hand in myself tomorrow in the company of my lawyer at 10 am.

contravention of sect 88(b) of the posts & telecomms Act for a tweet I made in response 2 Moyo attacks on Dr Mujuru. https://t.co/2OqtGUBHPG

He was released after being charged  with contravening section 88(b) of the Postal And Telecommunications Act which reads,

In the past few months, social media has emerged as an important tool for political expression in Zimbabwe with online movements like #Tajamuka and #ThisFlag gaining a lot of traction and attention.

Through statements made by the Minister of ICT, the telecoms regulator and army officials, tThe Zimbabwean government has repeatedly warned citizens against social media abuse.