Cyber Crime bill at work in Tanzania, 5 arrested for insulting their President 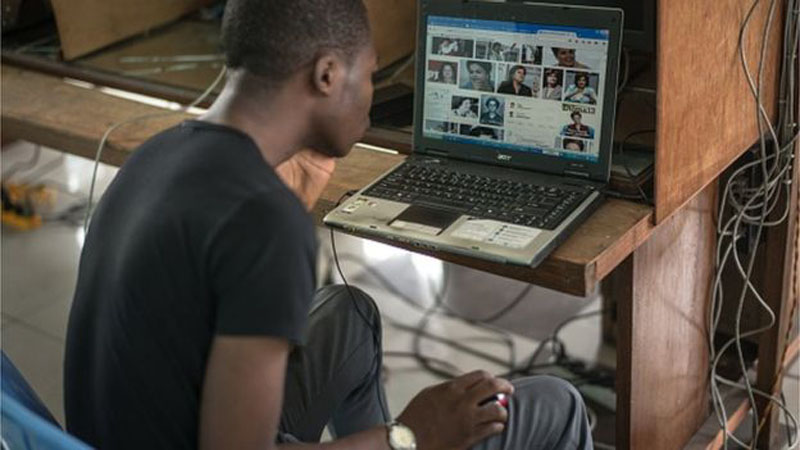 Yesterday, 5 Tanzanian’s were charged with insulting their President John Magufuli on social media in some interesting cases of the application of their newly enacted Cyber Crime law.

According to Tanzanian news outlet The Citizen, the five denied the charges against them and were released on bail with their hearings adjourned until the 27th of September.

The five were charged with separate instances of sharing offensive content targeted at the President and Police force between 24 and 3o August this year, against section 118(a) of Tanzania’s Electronic and Postal Communications Act No.3 of 2010.

If convicted, the individuals could face up to 3 years in prison or a fine of 7million Shilling (US $ 3, 190) based on a previous case where an accused pleaded guilty to insulting the President on Facebook.

The arrested 5 are charged with insulting the President on Facebook and WhatsApp groups.

One of the accused is said to have posted this on a WhatsApp group and Facebook page. On the Police and President:

I don’t know what is going on in JPM’s head… He doesn’t even know how to say sorry. We are at this stage because of one person who believes that what he thinks is always right…he needs to understand that politics isn’t about resentment and the Opposition isn’t an enemy…he should learn to compete with the Opposition on the basis of debate, not force…

In seperate case, a Tanzanian citizen was arrested for allegedly insulting their President by posting this on Facebook:

theatrics in politics, how can you compare this idiot to Nyerere

The statement of offence from the Tanzanian Police force was shared by Zitto Kabwe Ruyagwa a Member of Parliament in Tanzania and strong critic of its cybercrime law, the statement read as follows: 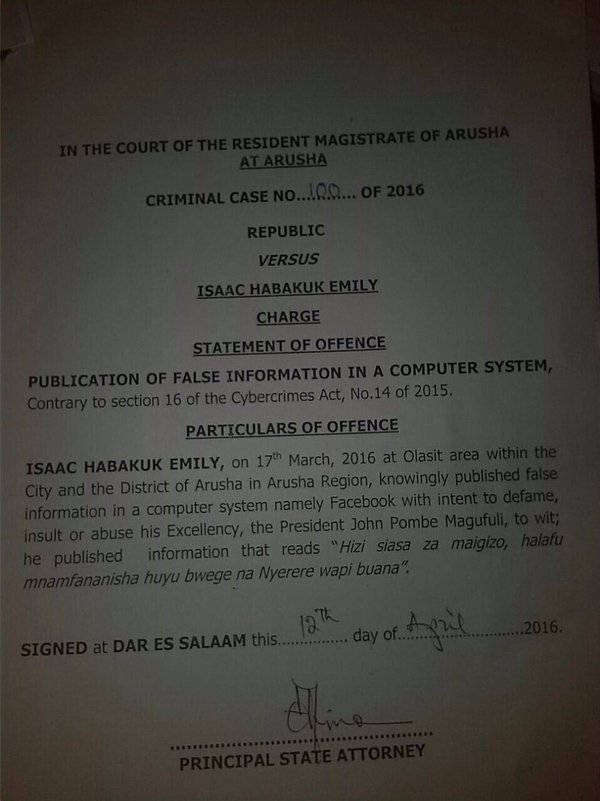 Tanzania, just like Zimbabwe, is a member of SADC and we enjoy friendly relationships with them. Most people pick up their ex-Japanese cars and buy clothes from its port in Dar es Salaam.

It is with such a close relationship with Zimbabwe that we found it necessary to share how our regional partners are applying their Cyber Crime laws as a possible indication of how they might be applied here.

We have noticed from feedback on cybercrime and data mining topics we’ve covered that most readers are sceptical of the Computer crime and Cybercrime Bill, especially when touching on issues involving Social Media.

The Computer Crime and Cybercrime Bill, which is now at the later stages and could be enacted as a law as early as October is still said to not be Social Media Law.

Yesterday we attended a Computer Crimes and Cyber Security Bill Workshop hosted by The Zimbabwe Information and Communication Technologies (ZICT), a division of Zimbabwe Institution of Engineers (ZIE). We will be sharing highlights of this workshop later in the day and our opinion on it.

Please let us know if you think cases like the above mentioned could occur in Zimbabwe.