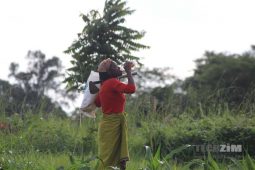 According to figures released in the mobile operator’s 2016 integrated financial report Ecofarmer now has 900,000 subscribers. The last Ecofarmer subcriber figures that were shared showed 650,000 in August last year.

This represents steady growth through an addition of approximately 300,000 users every year. It’s nowhere near the huge growth figures that Econet has delivered for other services like EcoCash but at the same time highlights some significant uptake for a niche service.

Ecofarmer is a  micro-insurance product which provides cover for inputs and crops against drought or excessive rainfall. It rides on the EcoCash mobile money platform also provides market linkage services and free access to agricultural information.

It is supported by Dial-a-Mudhuemeni, a specialist service launched in mid-2015 that provides farmers with over the phone consulation on specific agricultural queries.

With 900,000 users and counting Ecofarmer is clearly the largest provider of remote farmer assistance in Zimbabwe.

However, that number doesn’t translate to money in the bank straight away. The mobile operator’s revenue objectives around the service have to be fulfilled by converting all those users into actively insured farmers.

Judging from its declining Average Revenu Per User (ARPU) numbers getting money out of its subscribers is something that Econet has been struggling with over the past few years.

However, if it intends to make services like Ecofarmer a success, it has to make it worth the users’ while to pay for the service which is the challenge that every innovative Value Added Service presents.

One thought on “Econet has grown EcoFarmer to close to a million users, now it has to figure out how get them to pay”