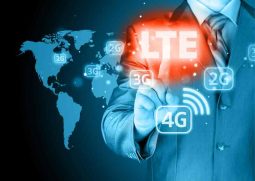 Econet, the countries largest Mobile Network Operator, recorded an 8,7% revenue increase in data and internet services according to the mobile operators integrated annual financial report for the year ending February 2016.

Econet’s increase in data and internet revenue comes at a time where its airtime and voice revenues are on the decline.

Subscriber trends are also shifting, with POTRAZ recording a 42% surge in mobile internet calls and mobile internet users almost doubling in just the first 3 months of 2016!

Major contributors to the increased data and internet service use are video, VoIP, and social media.

Econet seems to be aware of the shift in its subscriber’s trends and says it is exploring new methods to deal with its situation at hand, its chairman of the board, Dr. J. Myers had this to say:

“The downward trend in voice revenue caused by the
introduction of services such as WhatsApp is a universal
trend experienced by the industry globally. Econet has been
pursuing various measures aimed at mitigating this revenue
decline. The most advanced of these measures being the
investment in and growth of broadband data services….”

Econet has taken note of the threat services like WhatsApp have on its revenue.

The increase in data and internet service is something Econet should take with a pinch of salt.

The ripple effects of the increase in data and internet use can be seen in the decline of their average revenue per user (ARPU), which is of more significance.

Data and internet service provision is not as lucrative as voice services, I can do more communication nowadays when I convert $1 to megabytes than I can do with a $1 of voice.

Its current downward spiral on voice revenue suggests that in coming years, Econet may be forced to overlook its core voice business and focus on data and internet service provision.

Currently, Econet can be relieved that people still prefer voice calling over mobile internet calls with 7 in 10 people opting for the latter.

This, however, may also change.

Econet is in the process of providing better quality mobile internet connection and coverage for 3G and LTE technologies.

It will be interesting to see how Econet navigates through this situation it finds itself in over the course of its new financial year.