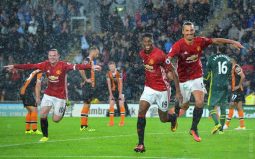 We recently mentioned how a content sharing deal that had been entered into by Zimbabwe’s national broadcaster ZBC and Econet’s Kwesé Free Sports collapsed under unclear circumstances.

Under the arrangement, ZBC’s ZTV was able to flight content from the 2016 Olympics as well as one live English Premier League match every Saturday. The deal was praised by viewers who now had free access to premium content that ordinarily is accessible for viewers using services like DStv.

In a story carried by The Financial Gazette an explanation has been provided by the government through George Charamba, the Permanent Secretary in the Ministry of Information, Media and Broadcast Services.

According to Charamba, the government wasn’t comfortable with promoting a competitor, in this case, Kwesé  TV, which should go and secure its own broadcasting licence.

Charamba is quoted as having said,

I have differences with ZBC management’s view to introduce a competitor. We stopped it as the ministry. I don’t sit here to mould a competitor riding on our national broadcaster’s platform. We don’t work like that. We can’t abuse a national institution by carrying a competitor. Hazviite izvozvo (That won’t ever happen). Kwese should use their TV. If they want to operate in this country, they should comply with the Broadcasting Services Act and acquire their own licence. How can ZBC carry a competitor? They wanted to launch their product at no cost riding on ZBC. Why would ZBC want to introduce competition?

At a glance the government’s response sounds justified – after all, supporting a competitor isn’t conventional business practice, right?

Well, not quite. It’s not that simple. Any type of agreement to share or partner with a rival always points to the appreciation of certain circumstances which oblige the two parties to make certain exceptions.

The ZBC/Kwesé TV deal isn’t any different. On Econet’s side of the table, the fledgeling broadcaster needed a channel to share its free content with the Zimbabwean market, something that ZTV has right now as the only free TV station available in the country.

For ZBC management, this was purely an economic decision.  The corporation is under enormous financial strain and has struggled to secure decent content as witnessed by its weak programming that has driven all  Zimbabweans to explore alternative entertainment options.

Securing a content deal that meant the free access to the latest in sports entertainment, even from a competitor, was something that was too good to pass up.

At the same time, this deal was meant to be the first of many similar arrangements with Econet Media and Kwesé TV which would have been an opportunity for the ZBC to secure a favorable content arrangement that wasn’t dependent on raising capital which as a government entity it isn’t able to at the moment.

Considering that Kwesé is an Econet affiliate there’s some irony to government’s stance on refusing to “carry” a competitor.

The government, through the Ministry of ICT, has spent close to two years trying to bulldoze through an infrastructure sharing policy in local telecoms which will result in all operators including private sector players like Econet sharing infrastructure for added efficiencies and to the benefit of the citizens.

The policy was concluded, but not before Econet which has the largest investment in Zimbabwean telecoms infrastructure, had pulled out citing concerns around the manner the infrastructure was meant to be shared.

Government’s refusal to “carry” Econet could be viewed as spite for its refusal to share its own telecoms infrastructure. Hopefully, that isn’t the case. Hopefully, we have a mature government that doesn’t resort to such childish tactics to prove a point.

However, if it’s on the basis of not wanting to support a competitor even when it benefits its own subsidiary – while clamouring for the sharing of resources with the same company albeit in another domain (and throwing a tantrum when Econet refuses to share) – it is hypocritical.

It’s unlikely that we’ll see Kwesé content on ZBC anytime soon. The lines have been clearly drawn about what can and can’t happen on a protected national broadcaster.

The sad bit, though, is that the biggest losers in this standoff aren’t the weaker competitors.

It’s the viewers who aren’t privy to competition dynamics and just want to watch better content on TV.

10 thoughts on “Government explains why it pulled plug on ZBC/Kwesé TV deal & English football on ZTV, exposes its hypocrisy”