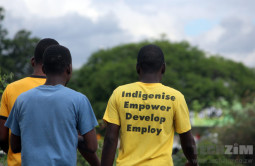 Recently, the Ministry of ICT started the legwork for identifying local innovators and startups that will benefit from Zimbabwe’s National Innovation Fund.

This fund is an initiative spearheaded by the Ministry of ICT which, with the help of the telecoms regulator POTRAZ, is collecting up to $25 million from the country’s mobile network operators to use as a resource pool for young ICT innovators and entrepreneurs.

An ICT Innovation Showcase, hosted by the Minister of ICT, Supa Mandiwanzira, was held in the city of Bulawayo on the 14th of September 2016.

Targeting innovators from Bulawayo, Matabeleland (North and South), Midlands and Masvingo provinces it managed to attract a lot of tech talent that included some budding entrepreneurs from the National University of Science and Technology (NUST).

Plans are already in place for the next showcase which is set to be held on the 28th of September 2016 at Rainbow Towers in Harare.

Innovators and startups from Harare, Mashonaland Central, Mashonaland East, Mashonaland West and Manicaland keen on securing investment through the fund have been invited to showcase their work at the event which starts at 3pm.

Are you interested in showcasing your startup or innovation?You can get a hold of POTRAZ via phone call or WhatsApp on 0716 999 999 and 0773 789 595 or via email at innovation@potraz.gov.zw