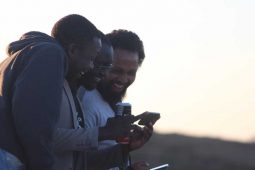 Some of the key highlights on mobile internet and data consumption noted by the report are as follows:

According to the report, 1 in 2 Africans regularly use their smartphones on public transport, at work and while shopping with age and network speed playing a large role on the number of times the device is used.

The younger demographic of mobile consumers is more likely to use their phones as they go about their daily activities, with 1 in 3 African consumers checking their smartphone every 5 minutes.

Mobile data is still the most dominant internet consumption medium in Africa.

The report further notes that a thriving younger middle class is expected to develop and by 2020, Deloitte expects an additional 100 million young African middle-class consumers.

This new middle class is anticipated to spend more on mobile data, spending on average $2-$4 daily, making a jump from spending less than $2 a day!

3G/HSDPA dominate mobile data connectivity and 4G/LTE usage is expected to grow in the next 2 years as consumers begin to access more data-hungry content.An increasing number of consumers are getting connected via wifi at home or at work.

However, an increasing number of consumers are getting connected via wifi at home or at work and the wifi access trend will continue to grow as Africa urbanisation levels increase.

Mobile network connectivity via 2G/3G/4G makes up 73% of internet connectivity used in Zimbabwe in comparison to 25% via wifi and 2% not knowing.

The report states that customer satisfaction is a key differentiator in markets where mobile operators are selling the same product.

The price of data drives a significant part of customer satisfaction with customers looking for cheaper uncapped data packages for the lowest prices.

Providing your consumers with tools to monitor and control their data usage can also increase data usage with 18-20% of African consumers admitting that the lack of information and controls to measure data usage is a restraint on increased data consumption. 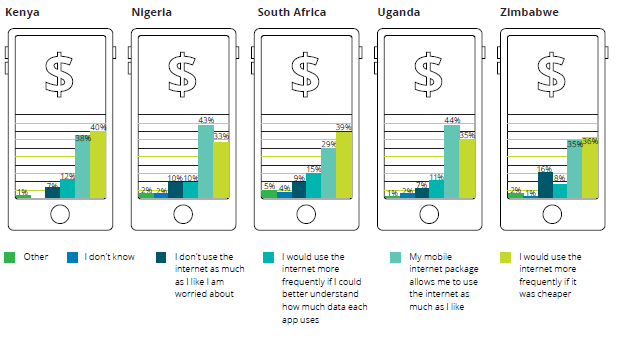 46% of Zimbabwe is satisfied with the mobile internet speed they get.

Africa has developed a music streaming culture and consumers are more willing to watch short-form videos as they are reading the news.

According to Deloitte’s data, Zimbabweans seems to have a keen interest in reading the news and watching short videos, justifying the top 10 local websites list we once published.

4. Different forms of communication over the phone

Social networks take up a considerable 34% and emails still relevant with 19%.

It is only video calls, at 7%, struggling to gain traction in a market that has seen drastic changes in consumer trends.

image credit- Deloitte: forms of communication over your phone

According to the report, Mobile Network Operators are providing the following to stay as relevant as possible:

Some of the key findings on the mobile internet go hand-in-hand with issues we have been reporting over the past weeks.

Local mobile network operators are experiencing revenue declines in voice and SMS while mobile internet revenue is on the rise.

Mobile internet offers the cheapest medium to access the internet across Africa, and will continue to serve as the dominant service.

Different platforms are starting to work on mobile as mobile penetration rates have increased in Africa.

M-websites, m-commerce, and m-learning are good examples of adopting platforms for mobile users.