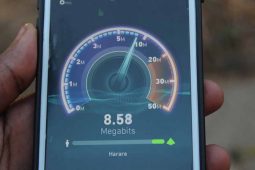 There has been a lot of debate on mobile data bundles lately.

The debate has generally been centred around NetOne and its One Fusion and The One data products/promotions.

NetOne’s introduction of these products has without a doubt disrupted the mobile data market.

Seemingly, NetOne figured out the balance between the right product and pricing for the Zimbabwean consumer.

Basically, we like anything as close to free as possible.

But, as we have continuously learnt in tech, there is a cost to “free”.

To put the argument to rest we decided to conduct our own speed tests around Harare.

We used two devices on different operating systems, a Nexus 5 running Android and an iPhone 6 S Plus on iOS.

Both devices are LTE enabled.

We had previously bought a NetOne LTE line to test One Fusion so we had that in place.

We considered a test fail if either download/upload failed, and we gave each network 5 attempts at connecting.

Both had to work for a successful test (surprisingly we had a lot of fail cases).

We used Speedtest for all our tests.

So here are some of our results, and below comments of the experiences we encountered:

Firstly, the reason for the locations.

To be honest we initially wanted a head to head challenge of LTE speeds on Econet and NetOne.

We went to Westgate Shopping Mall and failed to get an LTE connection on NetOne, Econet LTE was on, but to keep it fair we relocated.

Working off the advice of a colleague (Nigel), we went to Greencroft.

NetOne has a base station there and we expected an LTE connection.

Long story short, throughout our entire test the NetOne connection never went on to LTE.

We continuously hot swapped lines between devices, to no avail, even though NetOne claims to have 150 LTE enabled base stations.

We left Greencroft, down Lomagundi into King George, passed Avondale shops headed to town, passed Parirenyatwa Hospital, all the way into the heart of town, parked opposite Harare Post Office, left after about 30 minutes, passed NetOne building, into Samora Machel Ave, drove down to Warren Park,left, headed to Kuwadzana 4, left again, then drove back to Marlborough (office) via Harare Drive…. No NetOne LTE.

If you have experienced NetOne LTE please let us know where in the comment section for our next LTE test.

Econet also let us down with issues of  LTE connection consistency with connectivity going down oddly in the city centre and Warren Park.

Secondly, the results were truly disheartening across all networks.

Although Econet performed above expectations at Greencroft, all other tests produced lacklustre results.

At a point, I couldn’t even load our TechZim web page and access WhatsApp messages in relatively good times, even though the networks maintained a 3G connection.

In some areas Telecel and NetOne signals were non-existent, with Telecel even dropping to EDGE connection.

Warren Park and Kuwadzana are still in Harare and are considered relative hubs of activity, so for networks to have such performance is shocking.

The test slowly turned into the realisation of the poor state of mobile internet access in Zimbabwe, data bundle or not.

LTE is not a major factor when considering mobile internet, as most people do not have LTE enabled devices, but even for the select few, LTE connection is questionable.

We expect the NetOne hype to fade away as people start to realise the true cost of cheap mobile data.

The pricing seemed to have captured consumer attention, but will NetOne be able to deal with a surge in mobile data subscribers on their already stuttering network?

Please run speed tests wherever you are and share your results in the comment section, but be advised that a speed test can consume upwards of 30mb of data if you are in “prime” network areas.