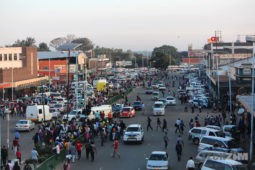 MMM Zimbabwe is a nationwide topic of interest. The pyramid scheme shot to fame by offering its participants a 30% interest rate at a time when many Zimbabweans are financially struggling.

Earlier today, we reported on how the MMM Zimbabwe system is now offering members 1% of their money and clearing accounts on withdrawals.

According to a reliable source thus far, the attraction of the 30% interest has led over 66,000 Zimbabweans to participate in MMM,  this figure is still to be confirmed by MMM East Africa (they have strict laws against talking to media).

Our source has also provided us with information on how much money is needed to resuscitate MMM Zimbabwe, putting the figure at $3 million USD, which gives us some perspective of how much money is flowing through the MMM system, primarily through EcoCash,

it is not surprising that MMM has over 66k users, with interest in it coming from all corners of the country. According to Google Trends, MMM Zimbabwe is a National trending topic with the search engine registering interests on “MMM” from all over the country, however, themajority of the interest came from Bulawayo and Harare.

It is no wonder that the RBZ came out to warn the public on MMM Zimbabwe, and EcoCash distanced itself from it. With figures reaching $3million USD and affecting 66,000 people directly the issue of MMM Zimbabwe is a hot topic nobody would want to take responsibility for.

If we were to separate the 66,000 participants into households of an average of 5 family members, the figure could rise to 330,000 people affected, but this is just speculation.

we are yet to establish direct communication with MMM East Africa, MMM Zimbabwe’s parent body, but it is more than likely we will get a response. The system relies on public perception so they rarely let any information out unless they are explaining any changes they have made to the system.

So far our sources have been spot on, so we take this information as reality on the ground. 66k is a shocking figure, it’s quite interesting how MMM Zimbabwe has been able to rope in so many people and remain largely undetected.

In MMM’s defence, it does clearly state that there is risk in participating in the system, on its website MMM clearly states that:

Citizens of Russia, Kazakhstan and Belarus are not allowed to participate in MMM.

Most participants have accepted its fate and the losses they incurred. There are some who really enjoyed the MMM system in its prime, but like all pyramid schemes, it is those who enter in its dying stages who suffer the most.

Now Read: Will MMM members ever get their money back? And if yes, from who and how?