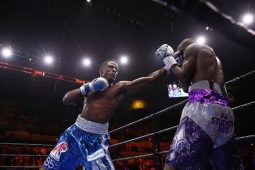 Under the partnership, which comes into effect in early 2017, there will be an ESPN channel launched exclusively through Kwesé Sports in 19 African countries.  ESPN is also expected to produce its daily SportsCenter updates for Africa.

The partnership also paves way for an African edition of the ESPN website and mobile app launched in collaboration with Kwesé. Called KweseESPN.com it is set to go live by mid-2017 and it will feature global sports coverage from ESPN as well as African sports news and analysis from Kwesé.

It’s expected to deliver live scores and data for major sports events along with video news and highlights from ESPN and the Kwesé Sports.

The development follows a string of sports content partnerships that Econet media has been racking up since its inception. The IPTv service has made ist sports entertainment ambitions clear, securing rights to everything from formula 1 racing to football (American and actual).

This deal also means that Econet Media is now in bed with a leading sports content creator which should at least satisfy its demand for global sports content. It also re-emphasises Kwesé Sports’ position versus the marquee brand for African sports entertainment delivery – MultiChoice’s SuperSports.

It remains to be seen, though, whether Kwesé’s lineup as the new player, can outperform the leading provider that’s already on the pitch.