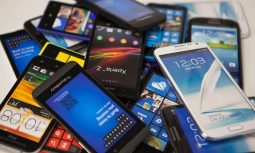 So recently Samsung has been one of the most talked about OEM in the mobile device realm and it hasn’t been good news. Their Note 7 smartphone faced some battery issues that resulted in it being recalled in September, and again early October before it was quite recently cancelled completely.

Now of course i’m sure we already have a couple of Samsung Galaxy Note 7 phablets in the wild. But with the impending recall, is your Note 7 eligible or not? That solely is based on where you purchased your pride and joy.

So to shed a bit of some light, the smartphones sold from non authorised resellers are being shipped in from regions that include Dubai, South Africa and China amongst others. Each region utilizes different radio access network technologies and supported frequency bands are region specific which means a device optimised for the Asian region for example most likely will not work at its best in Africa.

Apart from network compatibility problems there also exists hardware support. An unauthorised reseller lacks the capacity to adequately restore faulty hardware hence in most cases if one’s smartphone starts to give them problems, its the owner’s fate.

Now I know with the credit crunch it’s pretty tough getting a smartphone from an authorized resellers but the after sales services that come with buying one from legitimate stores are worth it considering the amount of money we are already forking out for premium hardware.

For the money you get full hardware and software support, well within the confines of the warranty of course, you get assurance that your mobile device is fully compatible with the technologies available in your region as well as a replacement unit, as in the case of the Galaxy Note 7, if your device is faulty.

You will not realize the relevance of authorized resellers until you have been inconvenienced. Trust me, I know. As they say, “cheap is expensive.”

2 thoughts on “Note 7 recall frenzy: Is it worth it to buy a smartphone from legit retailers?”