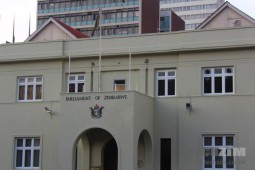 Parliamentary proceedings have never been a crowd puller. People generally don’t have time to listen to what goes on when a bunch of legislators report for duty and argue over motions.

This reality doesn’t take away the fact that citizens need to be aware of what happens there.  The Parliament of Zimbabwe is trying to make it easier to access these proceedings.

Now, to be fair, the opening which has been broadcast on State radio and TV in the past, doesn’t really deliver any major legislative issues, it probably feels more like some colonial hangover.

However, the live blog does show that thanks to the internet there are channels other than ZBC that the House is using to make its important work accessible.

It turns out that Parliament of Zimbabwe also has a Soundcloud account that has some recordings of some of the proceedings. What is great here, once again, is the fact that there are some ways to get an account of how laws are being made or adjusted and to find which lawmakers aren’t really active.

Funny enough there is no official Twitter or Facebook page from parliament with the same value proposition.

That sort of convenience is available, though, from the team at Open Parly ZW – a project which also documents all parliamentary proceedings via their Twitter account.

One thought on “Parliament of Zimbabwe to live blog its official opening, embraces digital to share legislative processes”