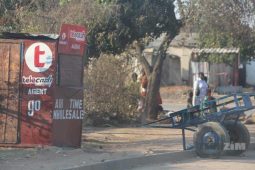 Update – In an earlier version of this article, we stated that Telecash lost half of its subscribers over a 3 month period. We have since received information from Telecel that the figures used were not accurate for the 90 day review period. We have updated the article to reflect these changes.

This number is a decline from the 64,905 in the previous quarter. The figures were provided in the recent quarterly report on Zimbabwean telecoms published by POTRAZ the industry regulator.

The trends on mobile money subscribers also mirror Telecel’s subscriber growth and decline. In the second of 2016 The mobile operator recorded 1,783,682 active subscribers a figure which also represented a decline (albeit of 2.3%) and 4,546,400 total subscribers (active and inactive) a total which has increased by 5.9% since the previous quarter.

It’s a pattern that Telecel has to break and reverse if the operator is to reclaim the unofficial status it once held as the best alternative mobile network.

The same turnaround in active use for its Telecash service is also vital as mobile telecoms service continue to stare at declining income caused by reduced voice revenues.

Services like mobile money have emerged as a strong revenue growth area in specific markets across Africa, Zimbabwe included.

In fact, the local environment is actually prime for efficient, reliable alternatives for cash – something that also suggests why Telecash’s archrival, EcoCash, is thriving.

Monetary services like mobile money that have provided an easily accessible solution to the cash crisis in Zimbabwe should be nurtured by all mobile operators.

This means working on customer retention through added services for Telecash and investing in agent and merchant networks that make Telecash something worth using for over 1.1 million subscribers that have become inactive over 3 months.