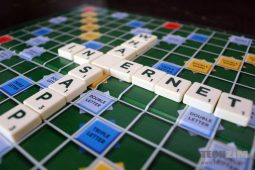 The phone number was traditionally a valuable asset to mobile telecoms operators. Once a customer bought a sim card, the MNO’s job was to keep that customer on the network as long as possible while ensuring that the customer was using the sim card for things that made the network money – making calls, sending SMSs, mobile money transactions, buying broadband bundles.

Losing a subscriber is a big problem therefore, which is why operators do all kinds of gimmicks to outdo each other in the fight to win over customers. You will have things like free calls to numbers on the same network and, for customers making the switch – a free sim, free minutes, data and so forth. They can afford to lose a bit of money in acquiring the customer so that once acquired, they can hopefully get maximum return while keeping the customer in.

This is why operators in Zimbabwe have fought against number portability. Successfully so far. They might be winning that fight with regulators, but it’s a fight they have already lost on the open the internet. Number portability is actually not important at all into the future. The internet is making numbers unimportant.

The internet has added an abstraction layer between the identity of the customer and the network they are on, and no app exemplifies this better than WhatsApp. Even though WhatsApp requires your phone number to onboard you, once in, that phone number doesn’t amount to much. Your contacts never really interact with it beyond using it to add you to their contacts. Beyond that, all they see is your name and whether or not you’re online.

WhatsApp calling without a phone number

Take WhatsApp calling for example which. As the person making the call, to do so, you don’t need the WhatsApp registered sim to be in the phone. For the operator, the problem is that not only are you not paying them regular GSM rates for the call, you also have the choice of using a competing operator’s network for it.

It’s possible now for mobile operator to make nothing at all while you’re using their phone number as your WhastApp number.

No one needs to pay extortionate roaming tariffs anymore

WhatsApp provides all the communication one needs whether it’s through the WiFi network at an airport, Roadport, or just a temporary sim you buy. It’s important to note that when you buy a new sim, it’s for the data and not the phone number. The phone number has no value at all in those circumstances because WhatsApp app doesn’t care what sim is in the phone, or if there’s one in there at all. All it needs is a connection to the internet.

WhatsApp has done away with the need to activate network roaming just so that you can keep communicating across a border, or the need to deal with the inconvenience of buying a new phone number and needing to advise contacts of the change.

Anyone still paying roaming fees is probably doing it because they just don’t care about watching their expenditure, and these are usually the postpaid (contract) guys – the less than 5% of the mobile subscribers in Africa who have traditionally received the lowest value for money.

WhatsApp is just the easiest example to use but the concept is nothing new. That network operators are becoming dumb pipes is clearer than ever. Dumb pipes in that they just move data from one point to another, without extracting rents for specific subscriber activity – like watching movies (Netflix), Sharing and communicating (Facebook & WhatsApp), e-commerce (AliExpress, WeChat, Classifieds.co.zw) and other such internet activity.

The reality of becoming dumb pipes is primary reason companies like Econet and MTN are busy making themselves relevant play at the internet level of business with new ventures like Kwese TV and FrontRow (now Vu).

It’s also the reason internet users in Zimbabwe and Africa need to be clear and vocal in defending the neutrality of the internet. The internet affords a great distribution model that ensures only those providing real value (not those locking you in) get value from you. Operators shouldn’t exact a rent based on the type of traffic as this will destroy this brilliant value driven model.

9 thoughts on “How WhatsApp is stripping away the phone number, and why mobile operators are panicked”