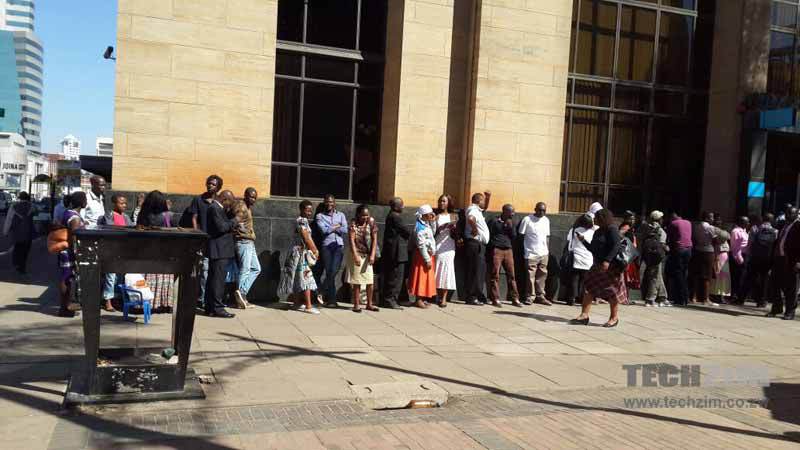 MMM Nigeria this is how MMM Zimbabwe crashed, very similar to what is happening to you now

Theoretically, MMM Zimbabwe has collapsed. The pyramid scheme that offered participants 30% interest through its peer-to-peer donation exchange program succumbed to defeat on the 10th of August 2016 with the final blow being dealt on 1st of October.

Over the past weekend, 66,000 MMM Zimbabwe participants were shocked to find their account balances slashed down to 1% of its previous value, and that after an 80% reduction.

The question on many people’s minds now is whether they will ever get their money back and if yes from who and when?

Will they get their money back?

At the present moment, the system is allowing participants to withdraw the 1% and have their accounts cleared right after.

However, this is only on condition that the withdrawal gets matched with a participant either entering the system or an existing member willing to provide help.

So even at 1%, it seems highly unlikely that participants will get their money back.

The only possible way participants can get their money back is if they restart the system and process of recruiting new participants with existing members willing reinvest.

Based on what happened with MMM South Africa, it is likely that MMM Zimbabwe will request to restart their system from their parent organization MMM East Africa ask to run two accounts for each of its participants.

A “new-mavro” and “old-mavro” account will be opened allowing participants to transact in the new system and slowly get paid back.

According to Businesstech, when MMM South Africa restarted after its collapse, it released the following statement explaining its new approach to its participants:

….. With the development of the system, we will send 10% of the total inflow (of all the PHs) to pay for the “old” Mavro.

According to the experience of other countries, we can definitely say that in the normal course of events, all the old Mavro debts will be paid off in about six months.

“New” Mavros (Mavro bought from the moment of this announcement) are introduced. You can use them on a common basis: to ‘acquire’ and ‘withdraw’ them at any time.

All of this, of course, is not very nice, but it’s not the end of the world. We will quickly pay off “old” Mavro debts, no doubt about it. You just have to wait. (And anyway, you can thank your precious media and banks for this “gift”!). The best thing you can do is just to start participating again, that is all. And you will quickly return everything, even with a benefit. Moreover, now is the most favorable time to participate and invite: in fact, everything starts from the beginning. So do not miss your chance! :-))

Based on South Africa’s MMM collapse participants only have themselves to hope for repayment. The system can only pay out if it is regenerated and can only be regenerated through more activity.

It all depends on how much the MMM participants are willing to sacrifice to have their system back up by reinvesting in it and if they are still in a position to lure in the general public to participate.

Again looking at South Africa, they estimated their system may take up to 6 months to regenerate, but that is only if people start to participate in the system again.

However, Zimbabwe has two major issues, the current cash crisis and the impending introduction of the bond note. These two factors both contributed to MMM Zimbabwe’s collapse and will most likely contribute to its failure to restart.

MMM Zimbabwe collapsed due to fear and uncertainty of the future of Zimbabwean economy. Participants speculation created panic persuading them rush and withdraw money while they still could and in USD (cash).

The imbalance between withdrawals and deposits caused the pyramid to collapse. There was no way MMM Zimbabwe could stop its members panicking from much larger economic indicators.

So, looking at all the factors in play, it is highly unlikely that MMM participants will get any of their money back or will restart in the near future.

However, pyramid schemes will most likely always be introduced into Zimbabwe. It will just be a case of the new scheme pointing out faults in older schemes and promising a different more stable approach.

24 thoughts on “Will MMM members ever get their money back? And if yes, from who and how?”