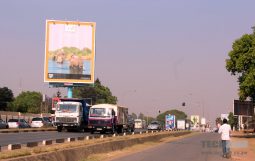 A report on a Zambian news website says the Zambian government raided the offices of a Liquid Telecoms ISP last week in a hunt for the servers hosting a news website called Zambian Watchdog. It’s a whistleblower website that the government (under different leaders) has not liked very much and has tried to censor in a number of ways for years. The Zambian Watchdog is blocked in the country and Zambians have had to use workarounds like VPNs to access it.

Apparent witnesses of the raid on the Liquid Telecoms offices told the Post:

It was just after 10:00 hours, maybe around 10:30 hours or so. We were just going about our business as usual until we saw about five officers walk in. They were armed but in plain clothes while one of them was in uniform with an AK47. They demanded to see the director, Mr Longwe and they ordered all of us to move from our work stations into one of the car parks where we were detained. One of them identified himself as an officer from the Drug Enforcement Commission (DEC) and they said they would be done shortly but they kept us detained for over five hours.

They were very aggressive and even the director himself was shocked because it was a strange incidence. I don’t even think they had a search warrant. So in shock, we started asking among ourselves if there was a criminal hiding in the building. It was as if it was in a movie.

…The officers were so busy searching for something in the server room until about 14:00 hours when five more officers with guns came. It seemed like they were escorting a guy who was wearing shorts to show them something at our offices. He was tall and well-built, it was as if he was under arrest or something. He wasn’t hand-cuffed or anything but we could tell he was acting under their orders.

The director was summoned and he went. It was difficult to get the whole discussion, but it’s like they were asking if he knows the gentleman the officers brought. Now there is this client who seemed to have registered using a different name. So this is where this guy led the officers. We later heard that this guy was paying for services through an account which can be traced to Mauritius or something like that. The information on that particular guy is pretty scanty.

So interestingly, when the guy went into the server room and unplugged this server from power, we were told that the Zambian Watchdog website went down. So right now if you try to visit the site, you’ll notice that it’s down. That is how they left our offices with the server around 15:30 hours. They warned us that we should not narrate what happened to anyone, not even our family members. But what kind of country is this now?

Like most such events in a country you’re not resident, it is hard to understand fully what’s going on, so this is mostly an FYI piece than us having much opinion on it. Our default reaction ofcourse is to see the heavy handedness in shutting down a media outlet giving ordinary people a glimpse into the behind the scenes of a government. Governments don’t like this sort of thing because of them needing to control what gets out, and how they are viewed as leaders. The internet has done away with this type of control and the Watchdog’s years of existence is proof.

So far however, it looks like the current the government’s double down on the Watchdog is working. According to our sources in the country, the website has been down since the elections less than 2 months ago. So last week’s commando style operation seems more about picking up their assets for investigative purposes than shutting down. 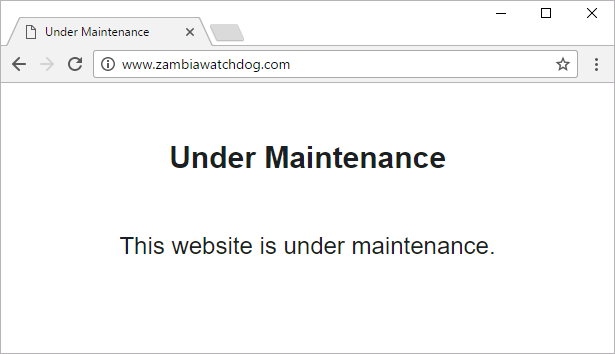 About that election;it was hotly contested, and the current president won the 50% plus 1 by some 26,000 votes. It’s a result that was rejected by the main opposition who are still contesting it.

Soon after, the biggest independent broadcaster (TV and radio) had their license withdrawn for “conducting themselves in an unprofessional manner” during the election. Eventually they got their license but according to a source in Zambia “now pander to the government in a big way” – the cost of staying in business.

Another media company, a newspaper company called The Post, had its property seized by the Zambia Revenue Authority, effectively halting their operations. The move was widely believed to be politically motivated to silence them (ahead of the elections). They have since resumed printing their paper outside the country and shipping it into Zambia. Their website is also easily accessible from mobile phones.

Back to Liquid. Their ISP that was subjected to the raid is Hai. Hai is Liquid’s ZOL in Zambia. We’ve written about them here before. We don’t think Liquid itself is in trouble for having Watchdog as a customer, or indeed if they hosted anything of the site’s assets.