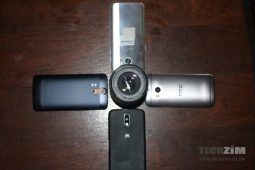 So you are like me. Love to take photos and therefore own or want to own a phone with a very decent camera. Question is, what is a good camera? That’s not an easy question because now you have to ask what makes a good camera and no, bigger sensor or more Megapixels does not really mean better picture quality. There is more to it that that. I will try my best to simplify this article but if you still find some grey areas feel free to mention them in the comments section.

So we kick it off with resolution. Right off the bat the Nokia 808 Pureview and the Nokia Lumia 1020 win the megapixel war at 41MP a piece. Sony throws in its punches at 23MP (Xperia Z5 and XZ) and the Blackberry Priv at 18MP. The rest of the flock is either at 16 or 13MP with the iPhone 7 and the Samsung Galaxy S7 at 12MP. This is just resolution folks. It is just how big the picture is in terms of width and height and is not really the yardstick of image quality. So what does?

Okay so you want some stuff to assist your camera. I’m talking image stabilization as well as assisted focus which minimize motion blur when taking shots in low light environments and help the camera to lock onto the target quicker and more accurately. The more assistance a camera has, the better the quality of images it can produce.

Now we go to resolution. Manufacturers these days are now dropping resolution of their cameras with Samsung dropping from 16MP to 12MP. Okay so it gets a bit technical here but bear with me. So the sensor of the 16MP camera is a certain size. For simplicity let’s say 2mm x 2mm. This 4 square mm area has 16 million pixels on its surface (16MP) that produce the image you see. This means each pixel has a particular size right?

So lower the number of pixels to 12 million on the same sensor area (2mm x 2mm) and this results in bigger pixels and better low light images. How this comes about is the sensor is a grid of pixels that makes up the image with the boundary of each pixel creating a minute gap between it and the neighbouring pixels.

The gap is useless as it is just a boundary between the pixels which means we want less of the gaps and this is only possible if we reduce the number of pixels. But make the number of pixels too little and the image loses its sharpness and so you have to have a sweet spot which most manufacturers are resorting to as 12MP.

Whew. So yes, the megapixel debate is just for bragging rights. Proof is in the pudding so don’t worry if your camera does not have a stratospheric megapixel figure. I would say anything from 12MP is very decent.

Another thing to note. Optical zoom is way better than digital zoom. Optical zoom makes use of physical lenses to zoom in for a shot. Digital zoom now crops the centre of the actual image and stretches it so it fills up the image size that the camera is supposed to produce. With a bigger sensor like the Nokias mentioned before you can get away with it as there is minimal loss of image quality after the cropping and stretching.

With this in most if not all cases it produces a pretty pixelated image with very poor detail compared to optical zoom. If you can get a phone that offers optical zoom (iPhone 7 Plus) that is a very useful feature.