IT’S ABOUT TIME! Sony is planning on announcing software titles and partner companies for its smartphone game project. The date is set for December 7 and plans are initially set for the Japanese market at the moment which is a no brainer as this is Sony’s home turf. 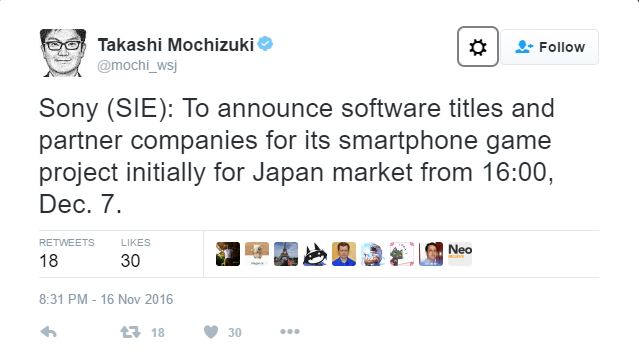 My gamers out there especially in Zimbabwe will agree that mobile gaming is fast becoming a big thing and anyone with a decent smartphone has a couple of mobile games but it has been a really long wait for console exclusive games to make their way to mobile.

Anyone remember the Sony Ericsson Xperia Play, PlayStation Portable and the PlayStation Vita? It was Sony’s attempt at bringing handheld gaming devices to the consumers but their games were only available on these devices which is something that might have severely limited the success of these devices.

Expanding the reach to app stores bringing console exclusive games to everyone should be the turnaround they need to break into mobile phone gaming and it comes after an excruciatingly long wait. Just a thought though. Don’t you think Windows mobile should have brought Xbox exclusives to the Microsoft devices as well? The Flagship Microsoft devices have a lot of grunt but no apps to really take full advantage of the very capable hardware. Cheers to a better world of gaming.

One thought on “Sony bringing PlayStation games to mobile.”