ZOL may be the latest victim of RBZ as it joins a growing list of companies unable to access foreign currency to service operations and purchase equipment sourced from foreign vendors.

We have been alerted by some of our readers that ZOL has failed to complete installations of its fiber-to-the-home products over the last few weeks due to the unavailability of modems.

The customers claim that ZOL conducts all the necessary installation steps but goes silent when it comes to the final hurdle of installing the modem, this is after the client has already paid the ISP their first months subscription.

Another source, who would like to remain unnamed, confirmed they had gone through the same process and after countless battles with its customer care was told that ZOL had purchased the modems, had the money deducted from its accounts but RBZ was failing to fulfill the forex  payment to its vendor. 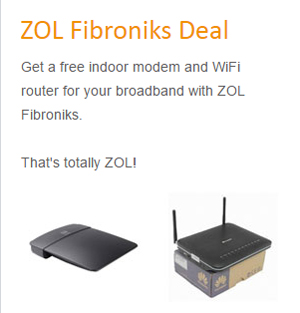 The Source also claims to have been told that the RBZ was prioritizing ZESA and Fuel payments which are consuming all its forex reserves, so there is no set date when the ISP would have its payment cleared and receive the modems.

We reached out to ZOL but the ISP said they are not able to comment on the issue.

It is not surprising that the RBZ is failing to support ZOL after we learned of its 70% reduction of ZESA payments to regional suppliers yesterday. Also, if you have noticed most service stations do not have fuel in Harare CBD with most fuel attendants openly stating that RBZ hasn’t released the funds.

The unavailability of forex is starting to creep up on RBZ who may have sold the companies a dummy by promising a continuous flow of forex to meet their operational needs. However, they have now turned around and given priority to what they can only determine as a necessity.

34 thoughts on “Is ZOL the latest victim of RBZ forex issues?”