Yesterday, the RBZ directed all banks operating in Zimbabwe to reduce their ATM and over the counter cash withdrawal charges to 1% and 1.25% of the total amount withdrawn respectively.

The directive from the RBZ dated 12 December 2016 and signed by the Governor instructed all banks to implement the new charges with effect from 12 December 2016, however, it seems that some banks may not have actioned the directive with immediate effect as some of our readers expressed their anger at being charged old rates when they withdrew their money yesterday.

We have since seen more bank clients voicing their anger towards banks that are still overcharging them on social media where there is also an image doing rounds of a Barclays client who withdrew $111 and got charged $10.05. 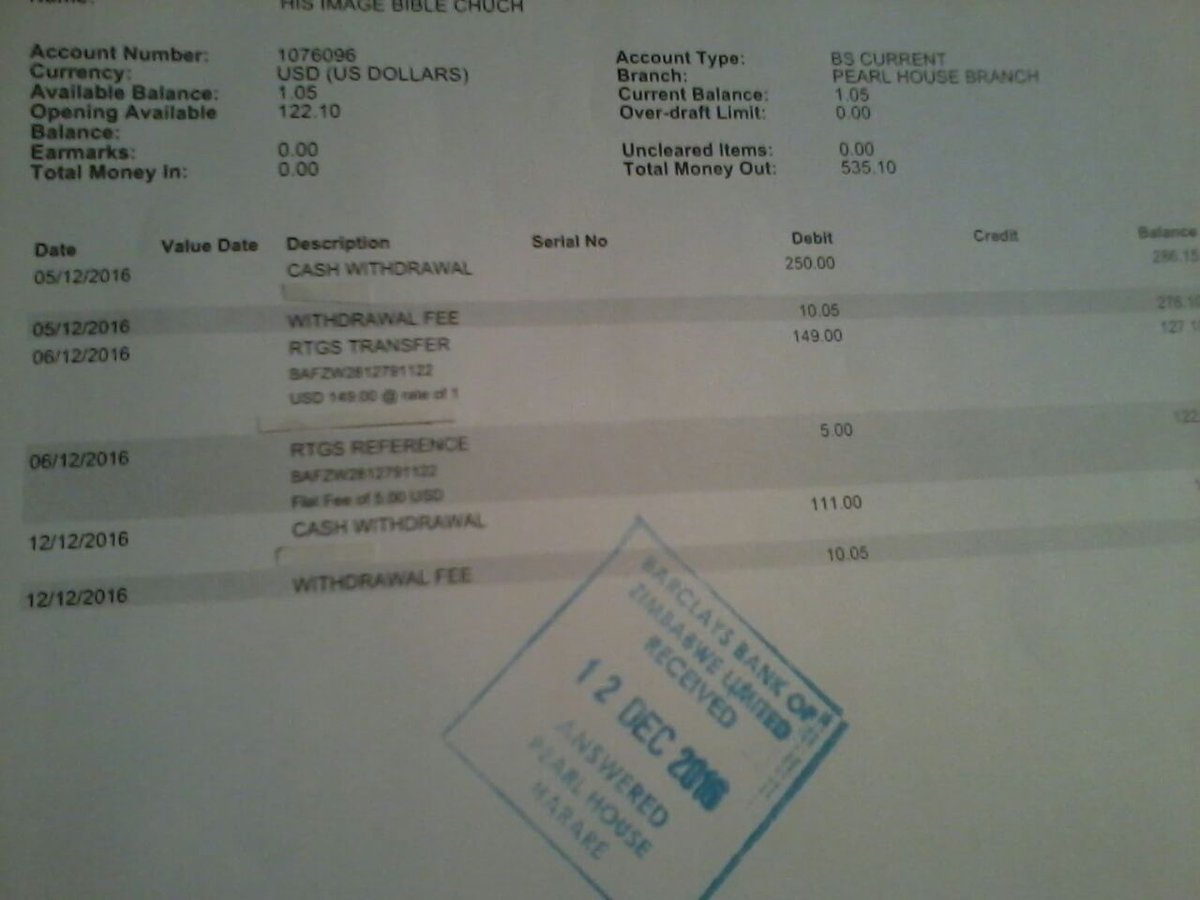 We spoke to the RBZ and they confirmed that the directive was meant to be effective as of the 12th, so clients who were charged old rates should approach their banks and if an agreement is not reached should contact the RBZ.

They could not offer a comment whether this means the banks owe the overcharged client but we would guess this is what it means. Possibly, you could approach your bank and request your money back as it is not in line with what their regulator set out.

We could not reach Barclays for comment at the time of posting but will continue to try and get their position on this issue.If you have been overcharged, please drop us the name of your bank so we also try and contact them for clarification.

4 thoughts on “Is your bank still overcharging? They might have to repay you!”