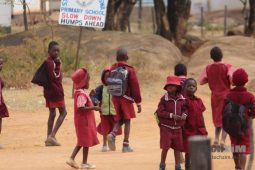 Recently we learnt of allegations that the Ministry of Primary and Secondary Education’s online enrolment system for Form 1 boarding school applicants was stolen from a local development outfit.

Information regarding the theft of this software was first shared on live radio when the Minister of Education Dr Lazarus Dokora was asked to respond to the allegations. More details on the allegations have since emerged.

According to an article in the Herald, the Ministry of Education was served with a letter from a development outfit called Purple Divine Technology to cease using the system on the 13th of December 2016 threatening legal action if the Ministry refused to comply.

During that time Dokora took the idea to the Cabinet and the eventual resolution was that the Ministry would be a test run at five schools in Harare which would be followed by a national rollout. There was also supposed to be a stage for consultation with parents and guardians.

The system was supposed to be rolled out in 2017 following approval from the parents and guardians.

Another case of “My stolen tech idea!” or the Ministry took advantage?

The system is also up and running. The deadline for online applications was even extended and parents and guardians have been relying on it for confirmations for securing places at various schools around the country.

It looks like the Ministry feels that it isn’t in a legally grey area and that it did develop the system on its own. This will likely depend on issues of established ownership of the source code. However, there are some aspects of the Purple Divine Technology case that are hard to dismiss straight away.

The rushed manner of the launch of eMAP (no pilot run, key stakeholders weren’t roped in) along with the paucity of development talent at the Ministry of Education which claims to have developed this on its own (has it developed any other solution?) make it hard to consider this as just another case of an idea theft rant.

There’s also the fact that Purple Divine Technology which is making claims of extensive communication with the Ministry plus the exchange of the source code should have evidence to back all this up.

For now, though, the case is only just starting and there will be more information shared as it develops.