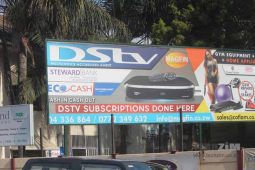 Less than a week ago EcoCash, the mobile money service owned by Ecocash announced that it would be suspending the option to pay for Dstv via its platform from the 1st of January 2017.

Though an official explanation for the suspension hasn’t been provided by both MultiChoice and EcoCash, there has been speculation that this could be a response to the foreign currency challenges being faced by local companies like MultiChoice which need to make payments outside the country.

Services like entertainment are not prioritised by the central bank which is managing all movements of foreign currency out of the country closely.

When we sought clarification from the local MultiChoice office in charge of Dstv Zimbabwe they responded by pointing out that the decision to suspend the service was made by EcoCash. MultiChoice also highlighted that other payment options won’t be affected in the same way.

This means that people can still pay their subscriptions via other mobile money platforms like Telecash and GetCash, through their bank accounts as well as MultiChoice’s online payment platform.

You can read more on options for DStv payments here.

In a brief response, MultiChoice said,

MultiChoice Zimbabwe has been advised by Econet that it will no longer be facilitating DStv subscription payments through its EcoCash platform. This development does not affect any other payment platform available to Zimbabwean subscribers and MultiChoice Zimbabwe will continue to seek out new payment platforms to make subscription payments as easy and accessible as possible.

Regarding the length of the suspension, MultiChoice referred the issue back to EcoCash.