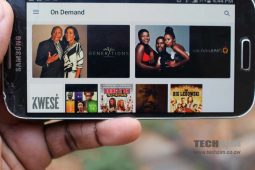 Econet Media, the entertainment subsidiary of African telecoms group Econet Wireless recently announced the conclusion of a deal that will see it take over Viasat 1 a Ghanaian free-to-air (FTA) terrestrial channel.

Viasat 1 is owned by Modern Times Group (MTG) a Swedish digital entertainment outfit that also has control of Modern African Productions (MAP) and a majority stake in Trace Africa.

Under the deal, Econet Media assumes ownership of Viasat 1 and Modern African Productions (MAP) through the acquisition of all MTG assets in Ghana as well as MAP’s broadcasting operations in Ghana and Nigeria. MTG is also offloading a Tanzanian station to Econet with the deal set to be approved in early 2017.

The Econet/MTG deal comes just after Econet Media was given the green light to acquire Wava Broadcasting Station (WBS TV) in Uganda by the country’s Communications Commission and the Uganda Broadcasting Council after a licence bid placed earlier this year.

These deals carry of similarities – Econet Media will initiate a rebranding of stations Viasat 1 and WBS to Kwesé Free Sports and they will become the latest African channels – now in 19 countries – to have 24/7 delivery of Kwesé sports content. Econet Media is also retaining staff in these acquisitions.

More importantly, though, Econet is scooping up ailing linear broadcast units and wading deeper into linear, terrestrial television, something which wasn’t initially proclaimed in the launch of the Kwesé TV brand.

In a lot of respects, this appears to be a value investors’ play by Econet as it sets out to make the most of assets that might’ve been underutilised, mismanaged or both – something that becomes more apparent when you consider how Joseph Hundah, the head of Econet Media left MTG, where he was CEO – earlier this year to join Econet.

There is an avenue for profitability that Econet Media appears to have identified in all these acquisitions.

It’s also likely that Econet is identifying offline distribution channels for all the content that it has been acquiring in the past year.

Until the cost and access of internet in Africa are rationalised IPTV services like what Kwesé TV is in part will play second fiddle to traditional broadcast services. With a tonne of content to make money from the next approach is to figure out where to flight it with guaranteed eyeballs, even if it’s not on the internet.

Econet appears to be rolling the dice and consolidating its position in this traditional broadcasting space even when other groups like MTG are making it clear how they want to transform from this role into digital video entertainment concerns (hence the disposal).

One thought on “Econet buys ailing Ghanaian, Nigerian & Ugandan TV channels, closes in on another in Tanzania as it consolidates play for traditional TV”