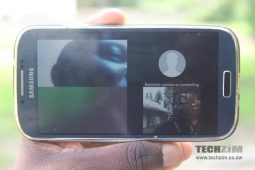 Social media giant Facebook just made yet another attempt to become everything in new age communication – it has launched a new feature on its Messenger platform – Group Video Chat.

As the name suggest this allows you to make a video with people in a group and chat with all of them simultaneously via a screen split.

Up to six users can appear on the split screen (iOS users have also been given first go at a Snapchat style mask feature for this) and if you’ve got a group bigger than that the only the dominant speaker will be shown to all the participants.

It’s the same feature those of us who use WeChat or Google Hangouts might have had a chance of trying it while using these other apps.

How do I use Group Video Chat?

Group Video Chat is available on the latest versions of Messenger for Android and iOS and is accessed by entering an existing group conversation or one that you create, tapping on the video icon on the upper right corner of the screen after which everyone in the group will be notified.

Each person in the group can decide to join whenever they want with by tapping on the notification the receive. You can also directly ring one or just a few people in the group or the entire group.

We’ve done a quick test on the feature and just like the group voice call feature it definitely helps amplify the sense of participation. It’s bound o be a hit with people trying to connect with family or friends in the diaspora plus work teams that are dong stuff remotely.

However, the connection we got on the few attempts we made was a bit choppy which could be a case of weak connections (3G and WiMax for other group members) or the bugs associated with early versions of the app.

It will be interesting to see how soon this same feature ends up on Messenger’s sibling chat service, WhatsApp which already introduced video chat, is big on groups and has a bigger impression in markets like Zimbabwe