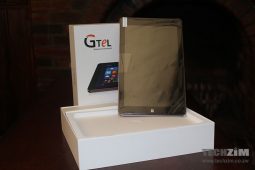 NB: WE have disabled comments and entered you all into the raffle, winner to be announced tommorow

Techzim was recently awarded the most consistent online publication prize at the recent YATA awards (Young Achievers in Technology Awards) and as part of the award, we were handed a brand new GTel Tablet we would like to give away to one of our readers!

The GTel Tablet has the following specs:

Soooo how to win?

To win this good looking device all you have to do is tell us what you think of the device and why you think you deserve it in the comment section below, we will then enter your comment into the raffle and will announce the winner on Thursday 22 December at 2 pm!

It’s really that simple, comment what you think of the device and why you think you deserve it!

PS, make sure you enter the comment with your actual email address so that you get notified when we respond to it!

135 thoughts on “We’re giving away a Brand New Tablet!”