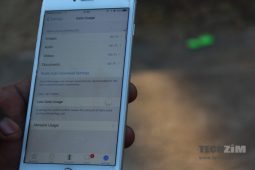 Mobile data utilisation in Zimbabwe increased by 16.1% between July and September 2016 registering 2,157 billion megabytes (MB) from the 1,857 billion MB recorded for the second quarter of 2016.

This is according to data shared in the latest sector report from the telecoms regulator POTRAZ. This increase maintains the upward trajectory on mobile broadband consumption which was represented by a 23% increase between the first and second quarter of 2016.

By POTRAZ’s estimates, the total data usage in 2016 is expected to double the usage recorded for 2015. In 2015 3,682 billion MB of data were used but comparatively 5,526 billion MB had been used between January and September 2016.

The spike in Zimbabwe’s data usage is reflective of similar patterns across the world. As internet consumption habits steer an increasing number of consumers to data-hungry content types such as video (both live and on demand), and cloud services the amount of data used can only increase.

This creates challenges as well as opportunities for telecoms providers. There is a need for increased investment in broadband infrastructure to support this growing appetite for data services. At the same time, this taps broadband as the next growth frontier that can replace traditional voice services which are in decline.

2 thoughts on “Local mobile data use up by 16.1% as Zimbabweans embrace the power of the internet”