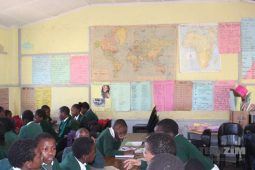 The Ministry of Primary and Secondary Education has extended the deadline for applications being processed online for Form places at various boarding schools around Zimbabwe.

This has been prompted by some of the technical challenges that have been encountered by users attempting to submit applications through eMAP, the online enrolment system developed by the Ministry of Education for all applicants seeking to secure a place for boarding school.

Speaking to Techzim, the Permanent Secretary in the Ministry of Education Dr Sylivia Utete Masango acknowledged that there had been some technical challenges experienced over the past day as several users failed to either access the system or had difficulties in submitting their applications.

However, on the 11th of December, the system crashed for at least 3 hours, presumably due to multiple requests and a failure to handle traffic coming to the website. Access to the site was eventually restored albeit in patches throughout the day.

As more users attempt to apply there have also been reports of complications faced in creating multiple accounts for parents making applications for more than one child, errors in form submission and challenges in updating the forms where errors are made.

The Ministry has advised parents facing challenges accessing the system either through the lack of resources or understanding how to use it, to get help from the schools where their children sat for their Grade 7 exams or from cluster schools.

Dr Utete-Masango could not be drawn into disclosing the new deadline for the submission of the applications though she did highlight how the Ministry is working to ensure that the system will be able to accommodate all applications.