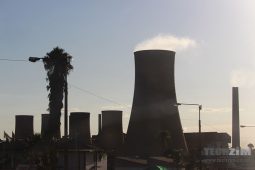 Over 100k households are still waiting for the installation of ZESA prepaid electricity metres with affected areas in Harare being Glen Norah, Mufakose, Mbare, Mabvuku and Dzivarasekwa.

The second stage of the prepaid metre project was meant to see ZESA install up to 130k units for households and businesses in the areas mentioned above, however, it has only secured 11.2k units due to what they claim to be foreign currency constraints.

Many frustrated residents have resorted to illegally buying metres from corrupt ZESA employees for reported figures of between $200 and $300, Techzim recently met with a resident who was in the process of purchasing one such unit for $200 and was expecting the ZESA staff member to install it on Unity Day last week (a public holiday).

Demand for prepaid metres has increased rapidly since the project was started back in 2013. More people have come to realise the benefits of managing electricity in a prepaid system (use what you pay for) rather than maintaining an account with ZESA (pay for what you use). Also, clients still on the old account system started to receive higher bills as ZESA improved its power delivery.

What used to be a half day of usage through load shedding became a full days use and most residents weren’t prepared for that reality hence the need to self regulate use and expenses through the metered system.